Successful Eclipse and a Big Surprise

It’s an amazing story really. We first heard about the eclipse a little over a year ago while still 6 months from being ready to embark on our sailing adventures. It was soon enough that we were able to alter our passage plans to arrange getting to French Polynesia earlier than originally planned so we could have a chance of viewing the eclipse. We sailed over 10,000 miles to get here! Not only that, but we had to sail nearly a thousand miles to go upwind from Tahiti to the eastern Tuamotus in order to be in the path of the total eclipse. This was the roughest passage of our trip with worn sails, damaged lines, and a great deal of other wear and tear on the boat and its crew.

The first part of the eclipse started at 7:24 AM local time. There were clear skies at that time, but as the total eclipse approached, there were more and more clouds. Many of us became worried we would miss the entire totality. I was particularly worried about that as I’m pretty sure my crew (including my wife) would have made me row back to Tahiti if we had missed this eclipse. But, I was lucky and a couple of breaks in the clouds allowed us some unimpeded views of the toal eclipse! As usual during an eclipse, it was wonderful watching how the sun dimmed, the temperature dropped, and then it became dark. And listening to the sounds of the people was more emotional by far than any fireworks display or any sunset. There are a few photos I captured in the album below. 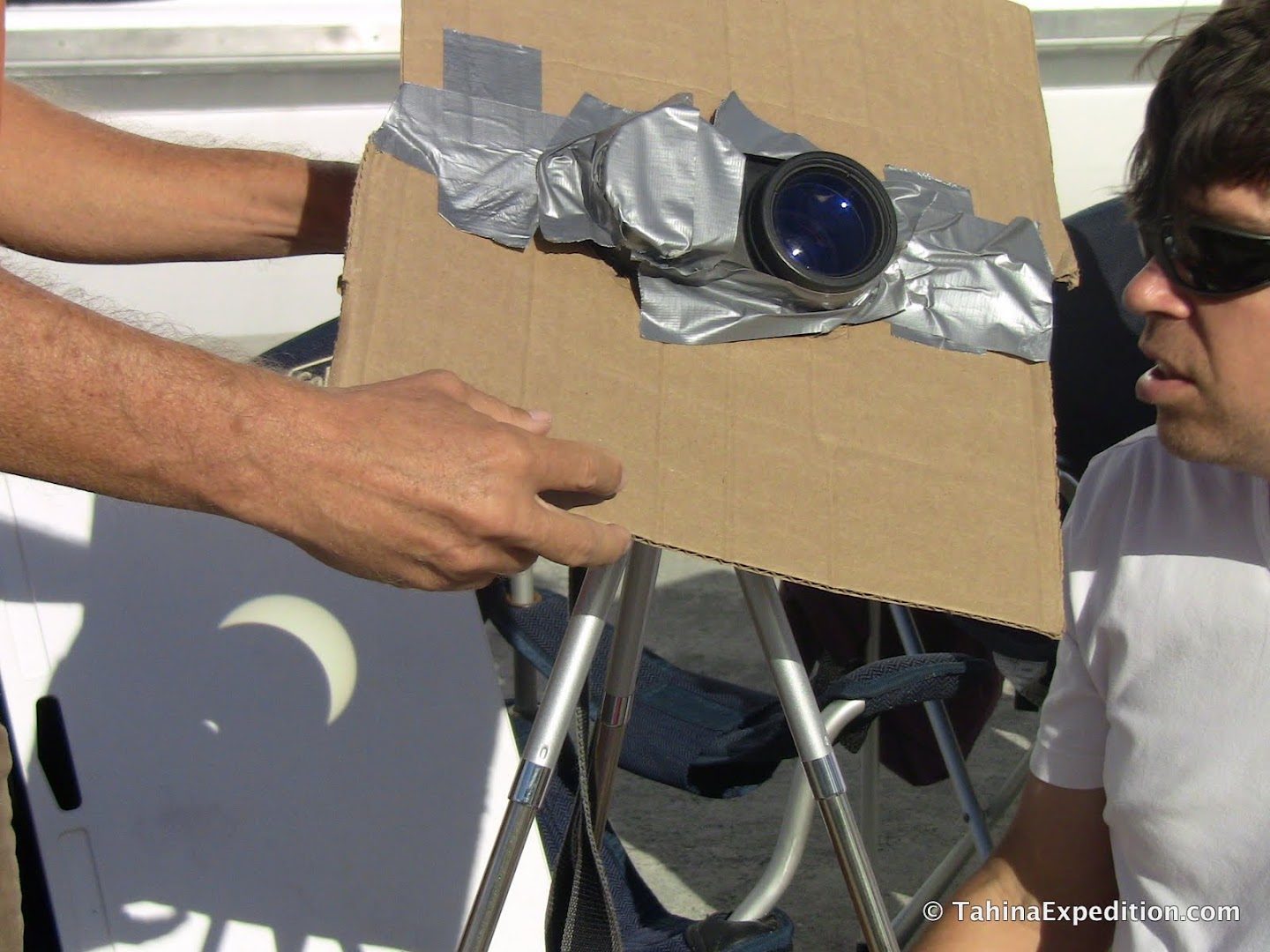 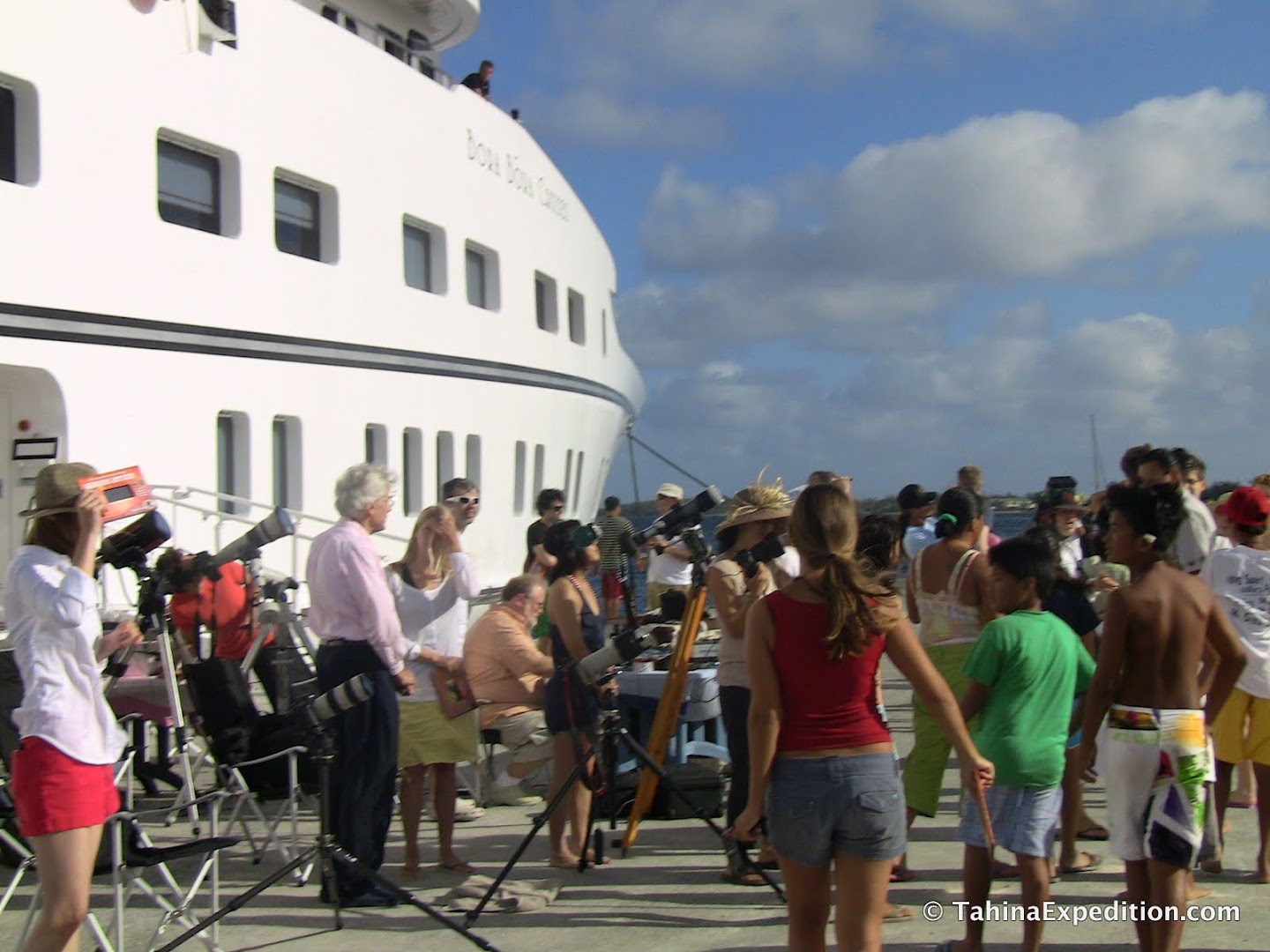 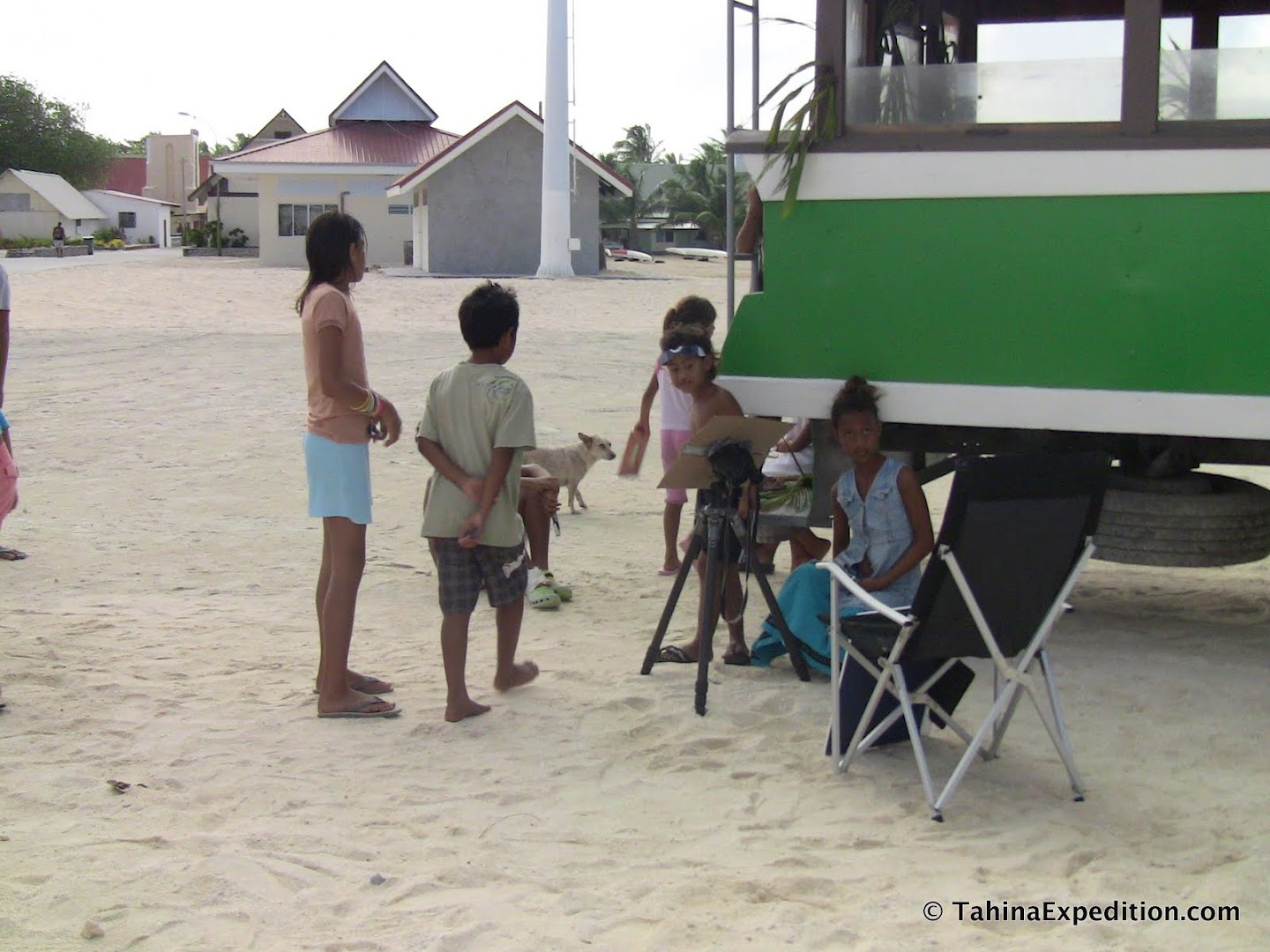 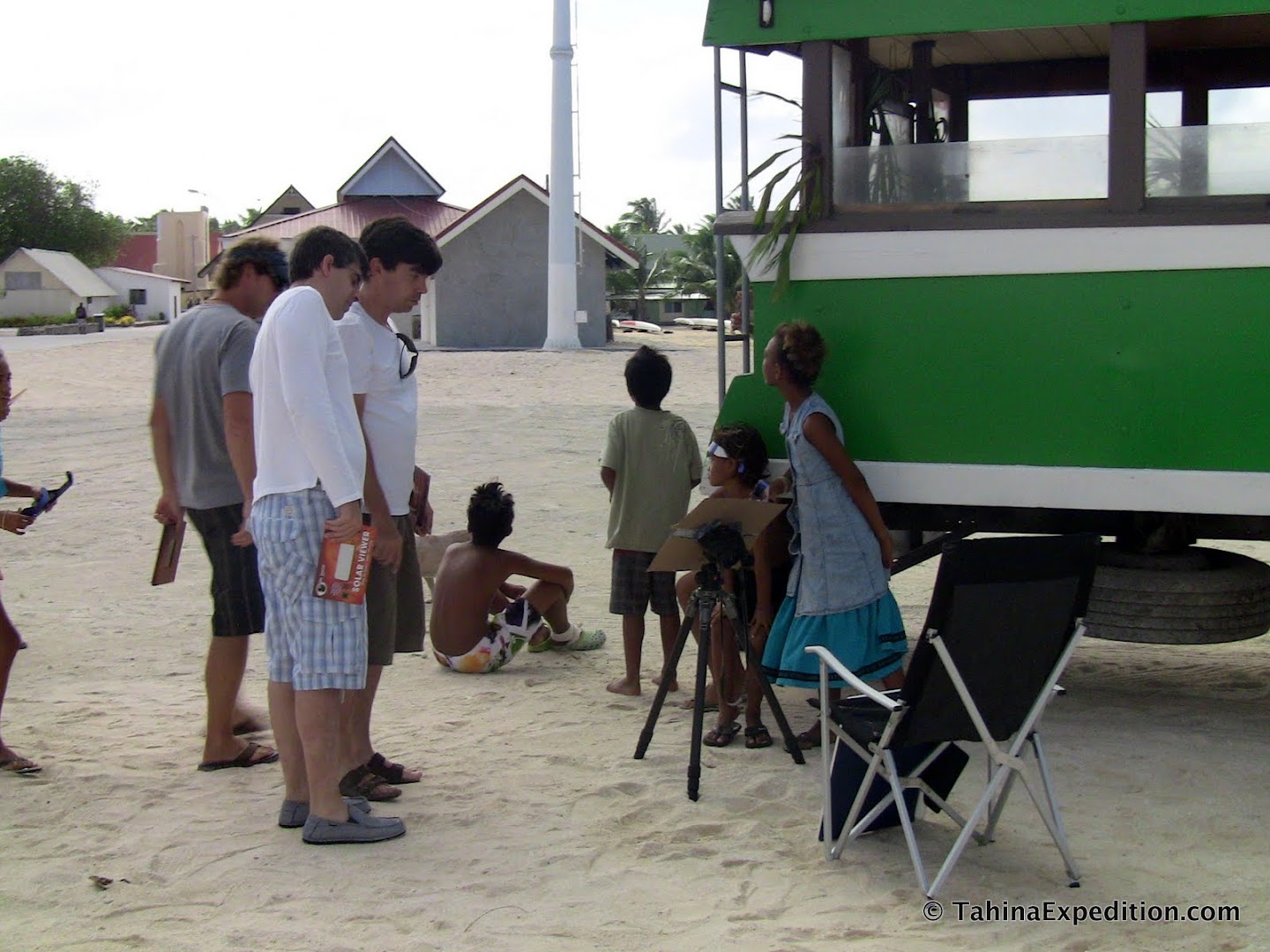 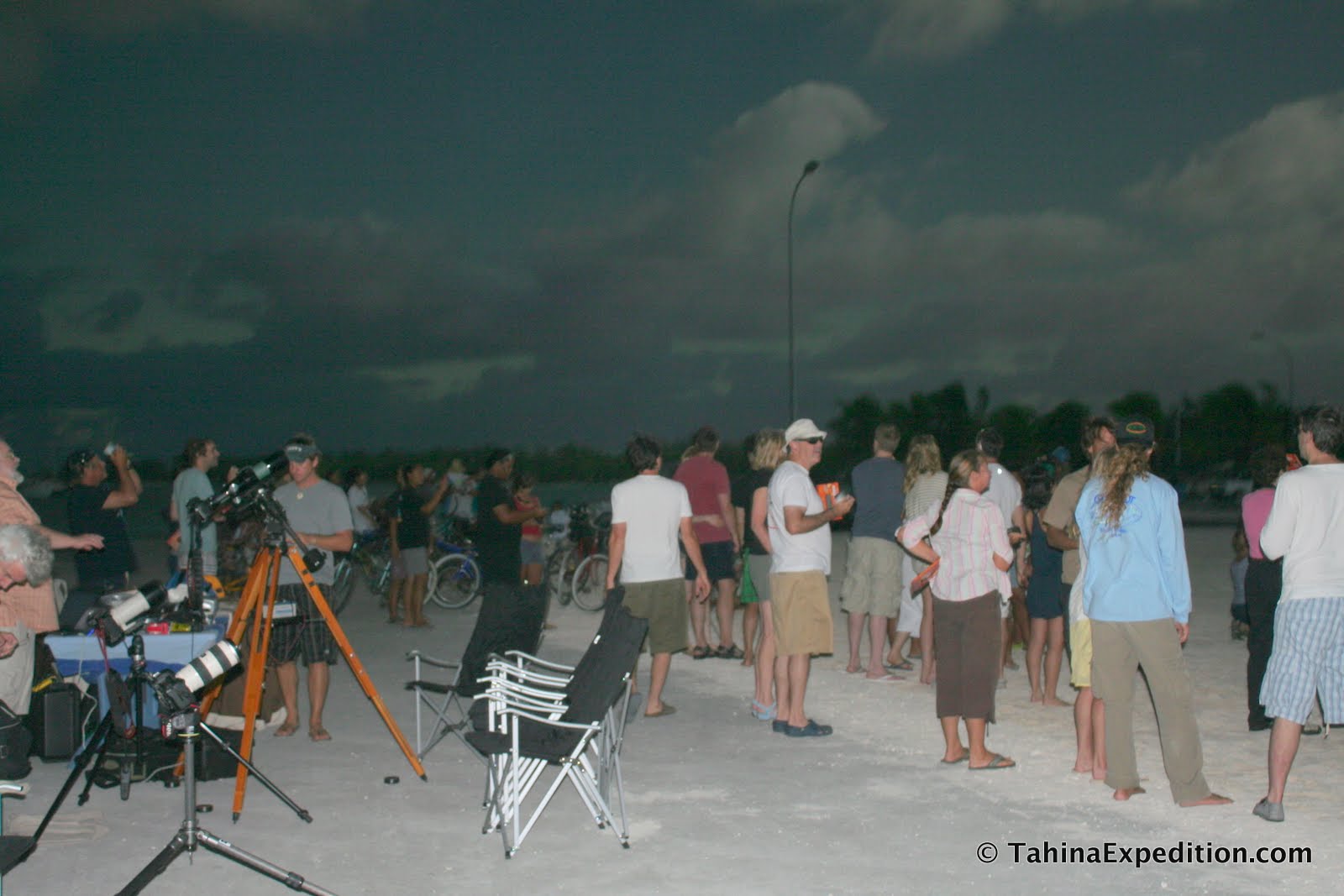 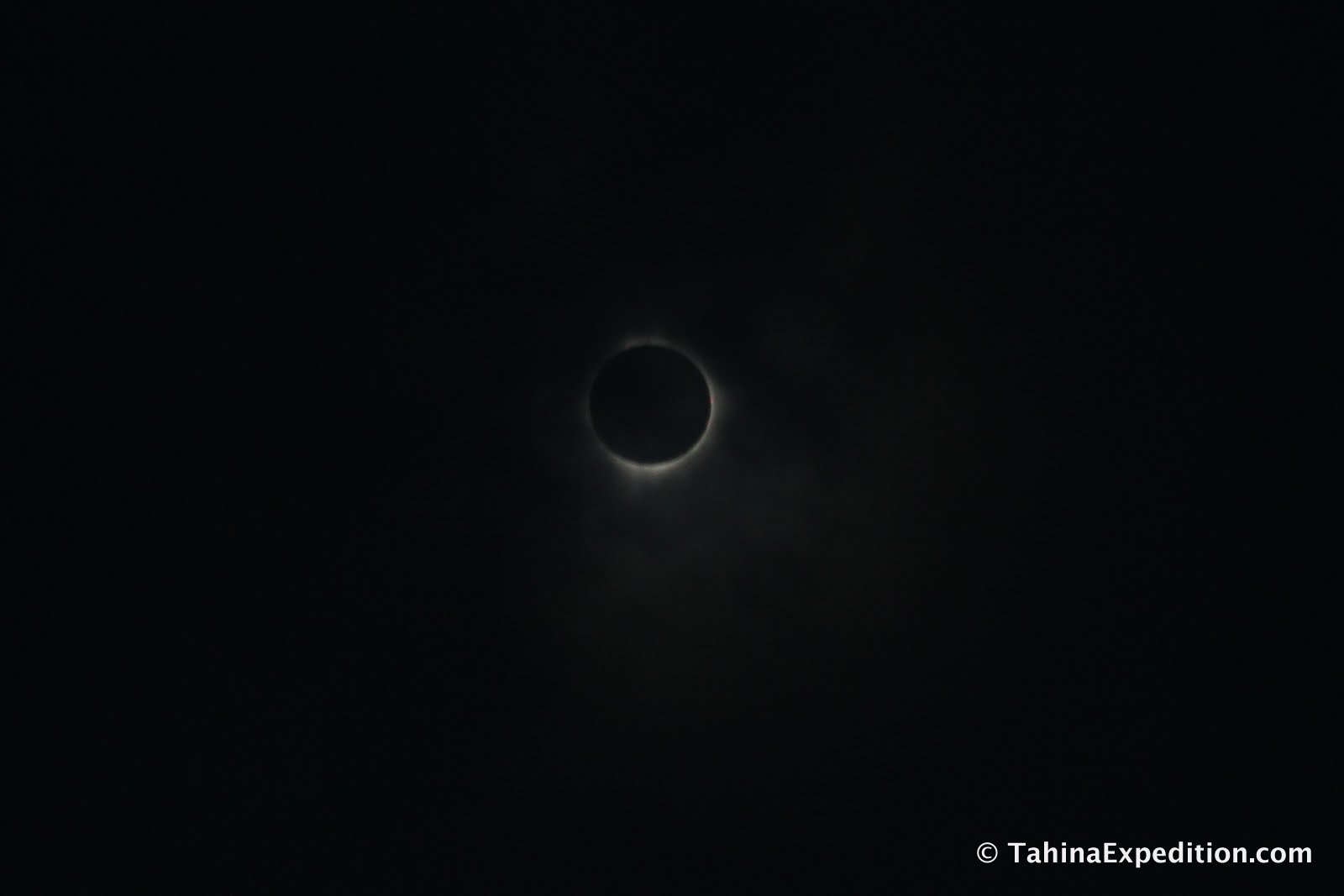 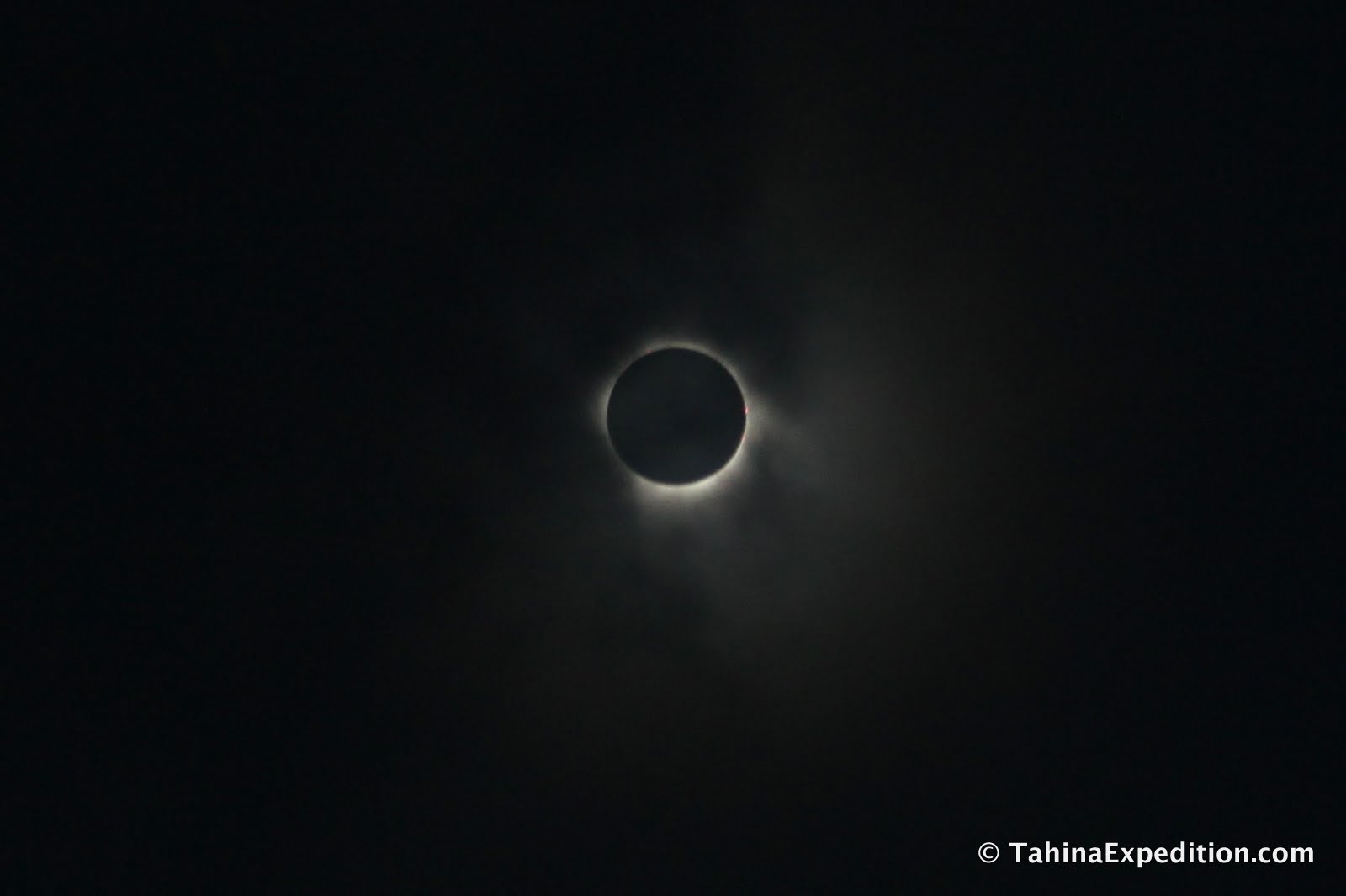 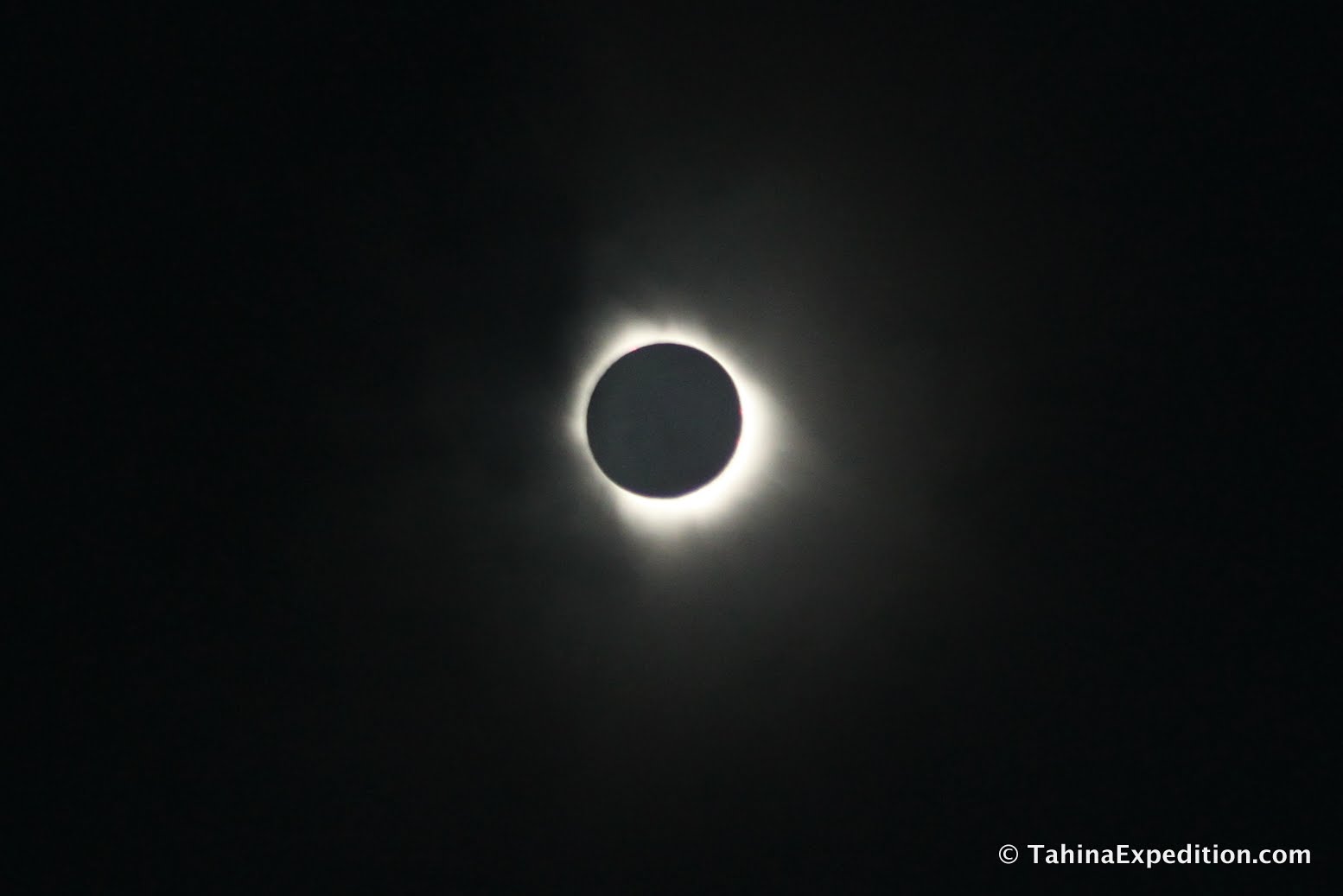 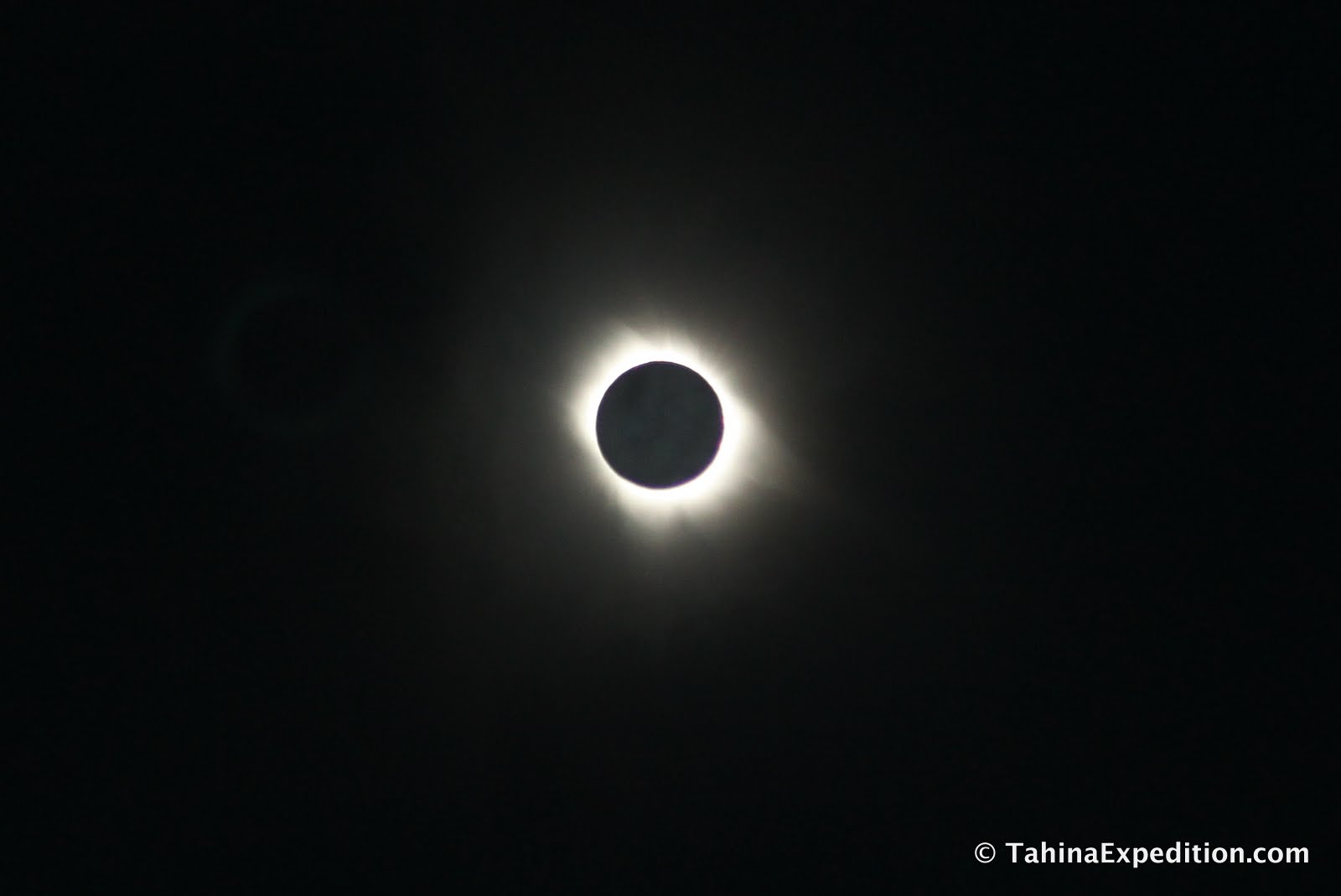 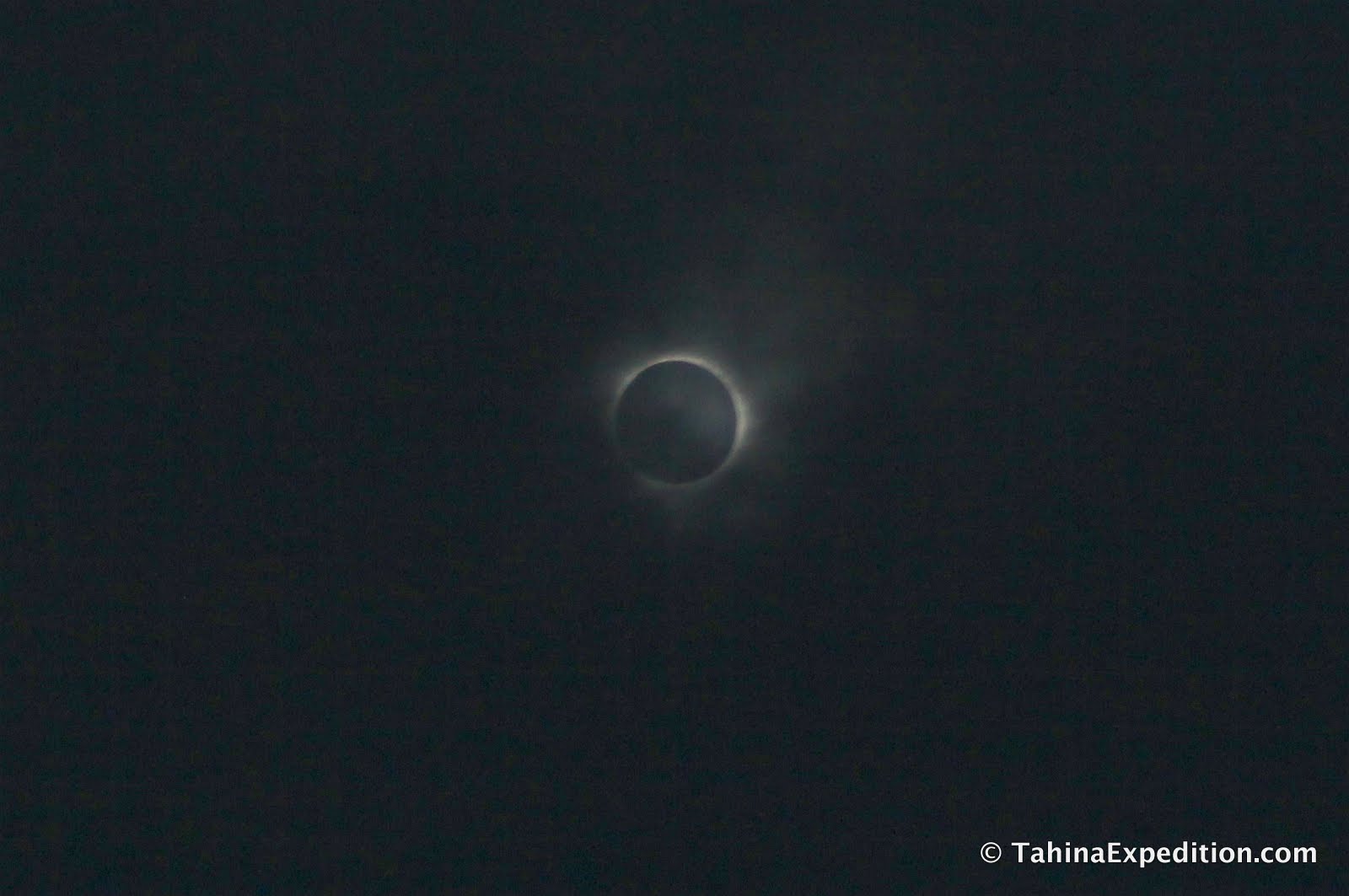 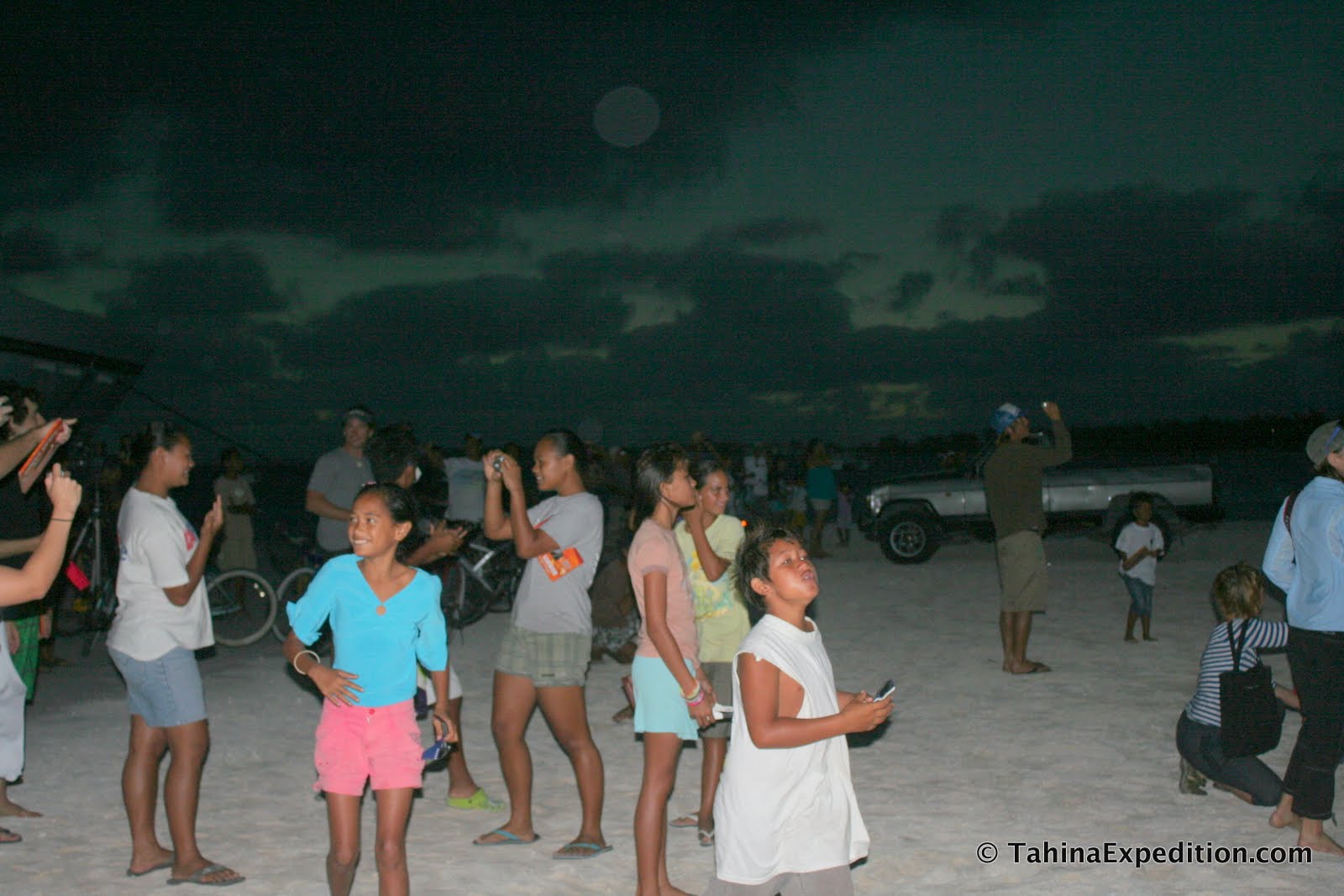 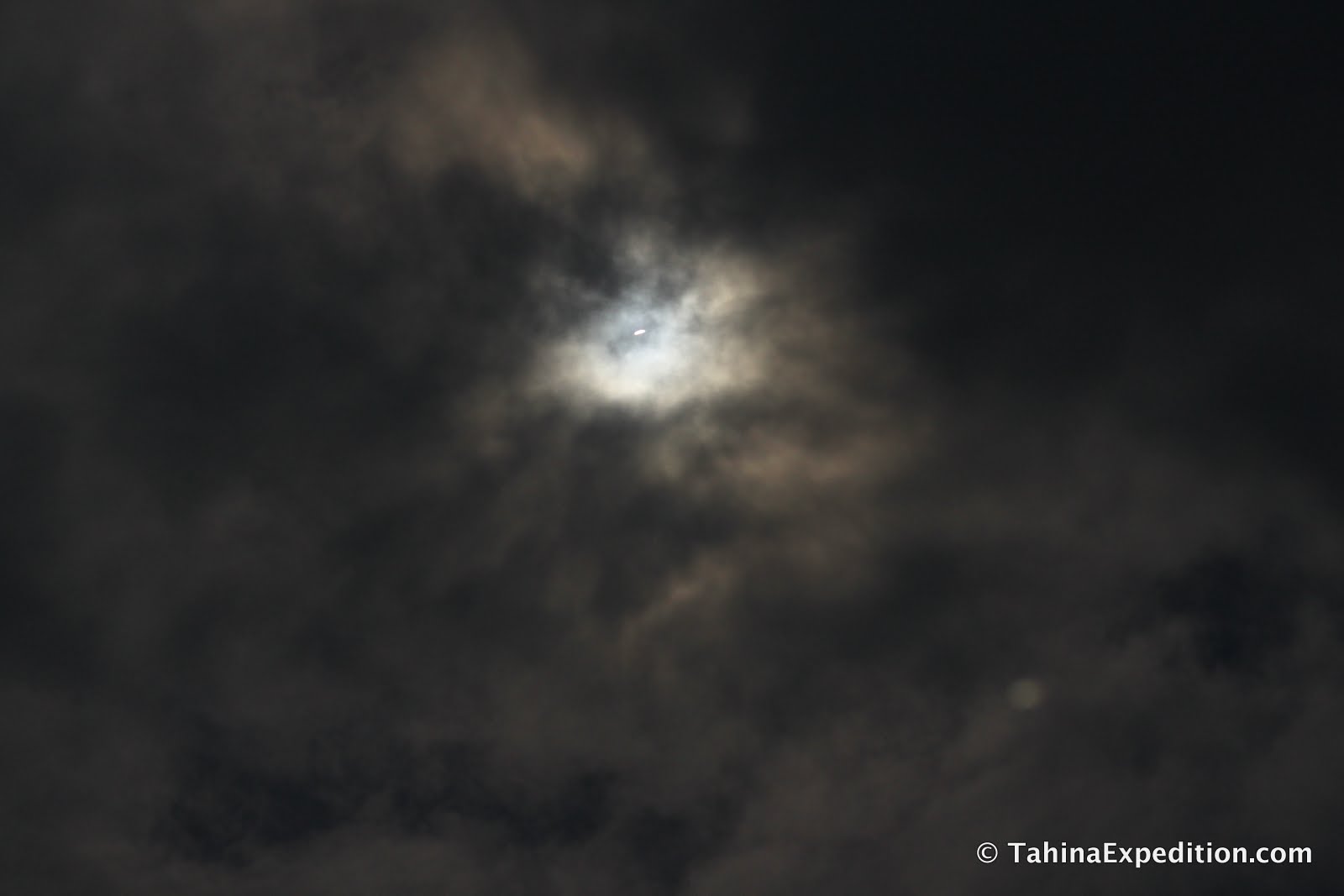 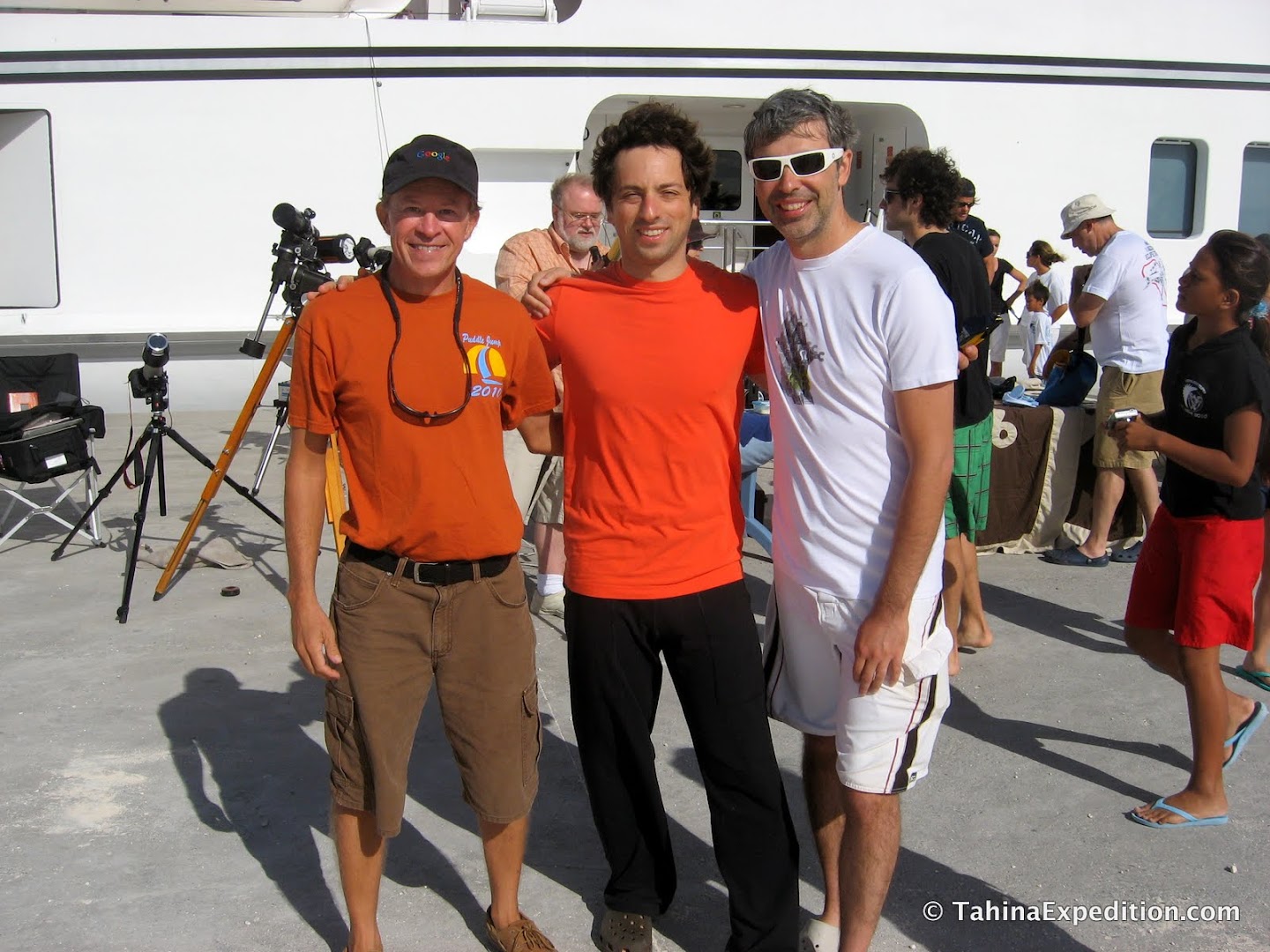 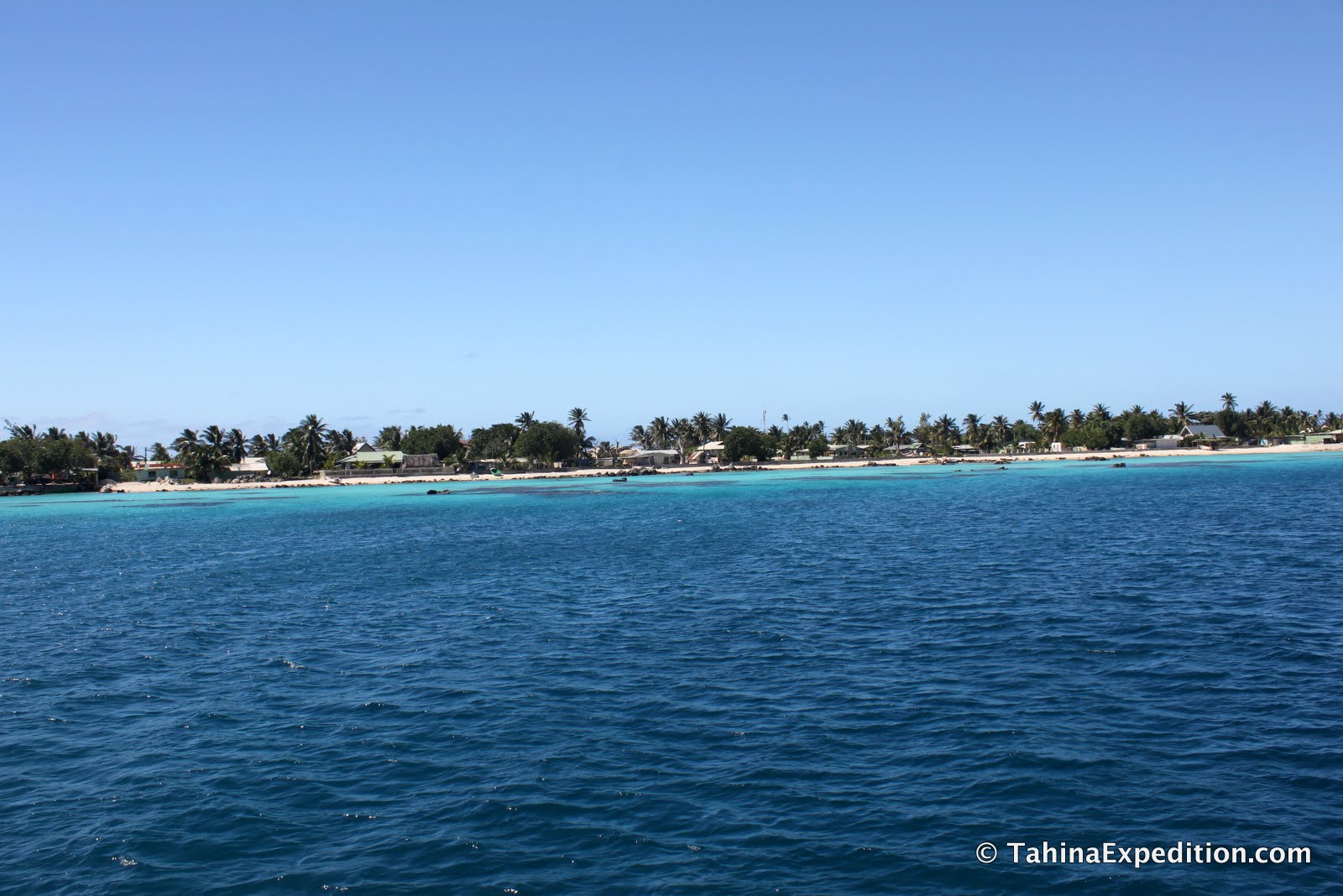 We were on the main harbor dock off the main town of Hao. There were many tourists who were visiting Hao specifically to see the eclipse. We estimate there were about three or four hundred tourists on the island for the eclipse. Many were camping or staying in a school dormitory as there isn’t a hotel at Hao. There were also many locals at the docks. We had set up our binoculars to project the image of the sun during the eclipse. It was a popular way for people to watch the event.

There was also a small cruiseship with more eclipse tourists. They had some more serious equipment including some telescopes on board. But, the real surprise was that they happened to have two guests on board of special signicance to me. A couple guys I happen to know by the name of Larry Page and Sergey Brin. That’s right! I managed to luckily pick the one island where the two co-founders of Google just happened to come to watch the eclipse! They were nice enough to invite us to watch the eclipse with them and we had the chance to chat with them about our travels. Seeing them again was a real thrill for me since I’m such a big fan of Google, and they are a partner of Tahina Expedition! I just can’t get over what an amazing coincidence it was that we ran into them! They were nice enough to suggest taking the picture with me you see here:

This entry was posted in News, Sightseeing. Bookmark the permalink.