We went out for our first night tour during our stay at Olifants camp. We had to use spotlights as we drove the roads in the dark. After 3 hours, we had found a number of animals (elephants, impala, giraffe, owl and more). But, we all wanted to find something really unique like lion or leopard.

Frank suddenly saw a leopard not far off the road in tall grass! He told the driver to “STOP”, and everyone excitedly started looking and taking pictures. It had recently killed a hare and was having it for dinner, so it stayed there while we watched. I captured most of the action as it lifted the hare and moved to another position on video camera.

This was quite an experience as leopards are quite hard to find. They are very sly hunters, almost always alone, and have very good spotted camoflage. They are considered one of the “Big Five” and Karen and I had now officially seen all of them. Trisha, on the first day, already had two (elephant and leopard).

We were almost back to the camp at the end of the tour when we found the leopard (about 200 meters from the gate). The photos are taken from the video camera and are low resolution. So, not a lot of detail, but you can see it clearly. Check out the album below with 5 photos. 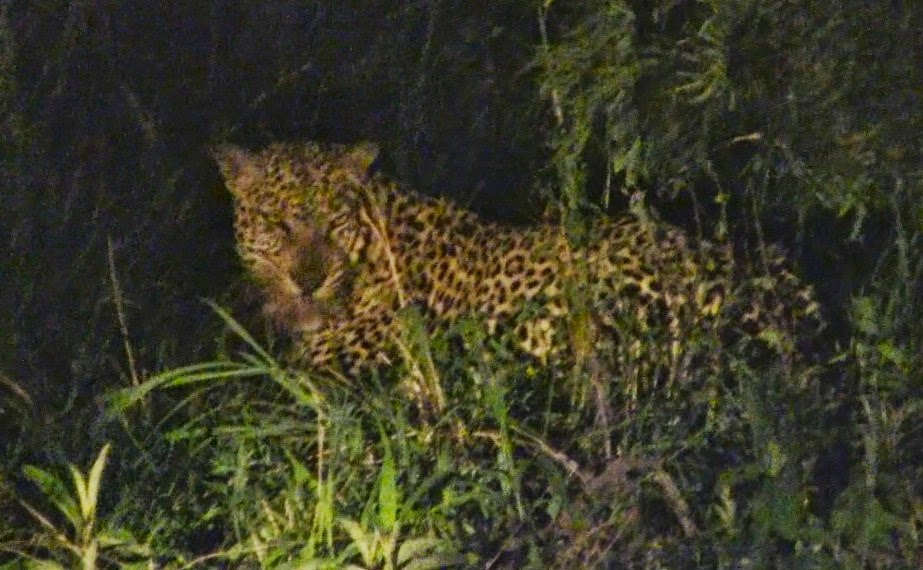 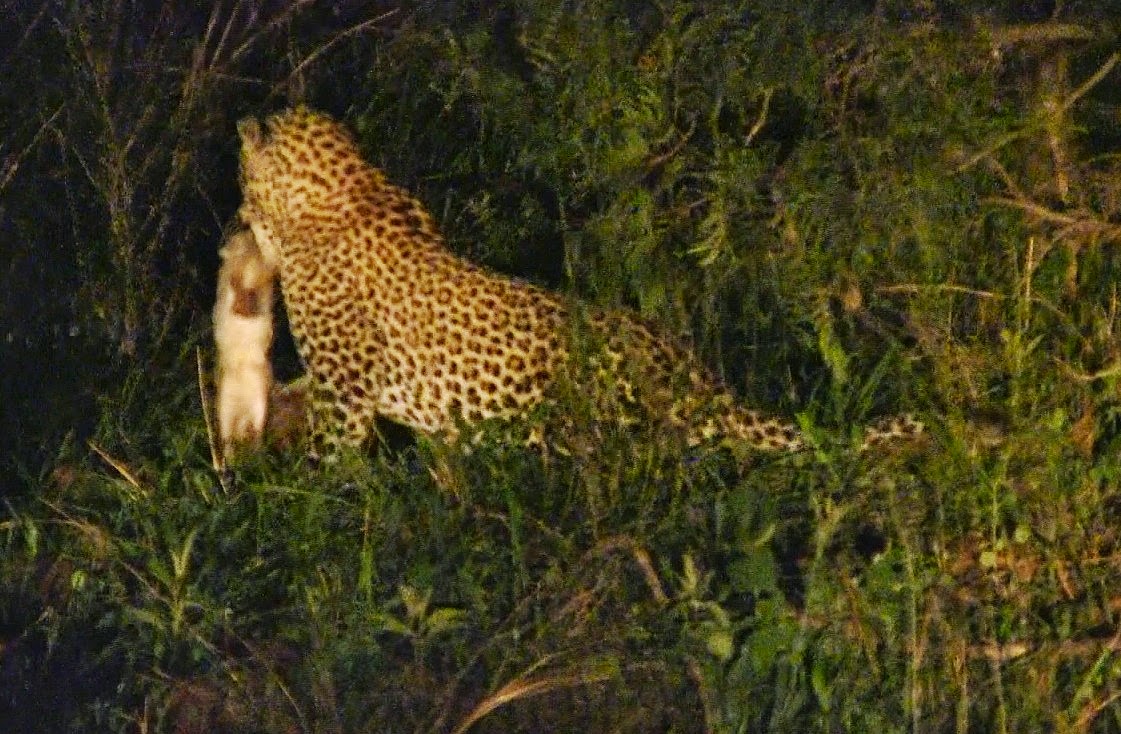 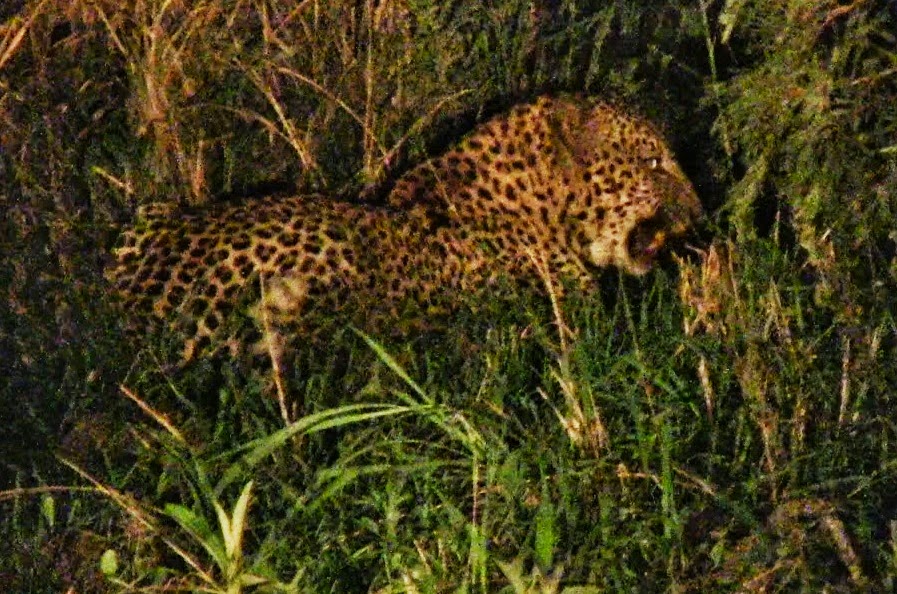 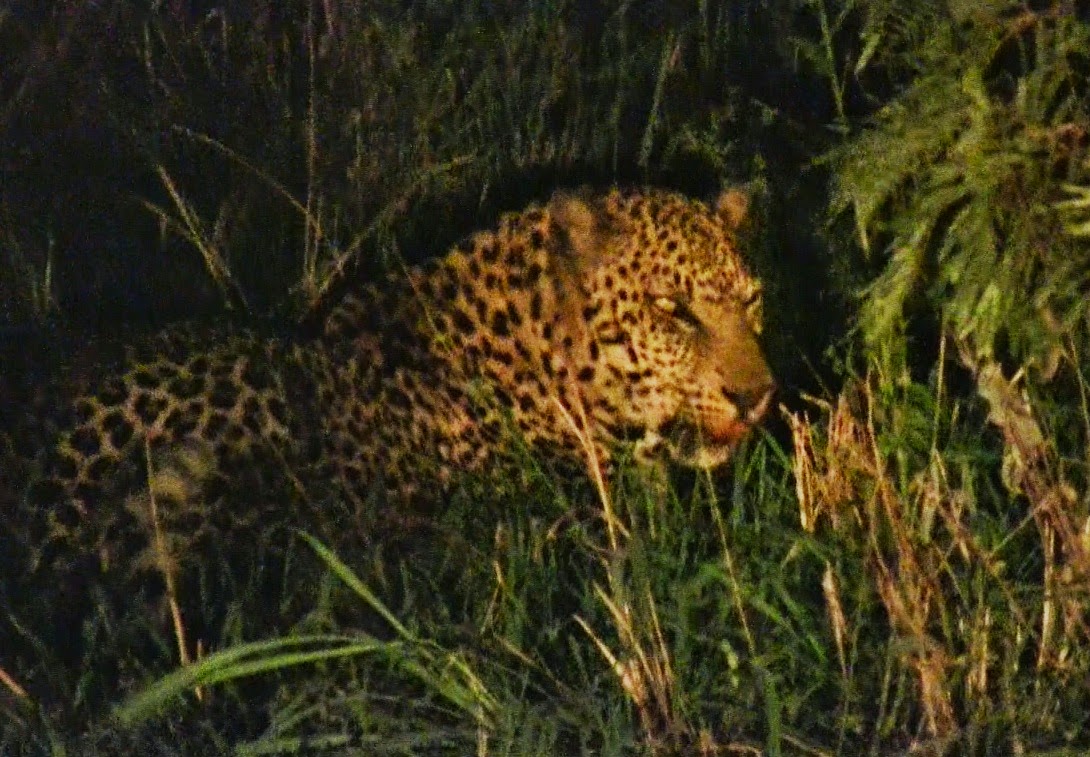 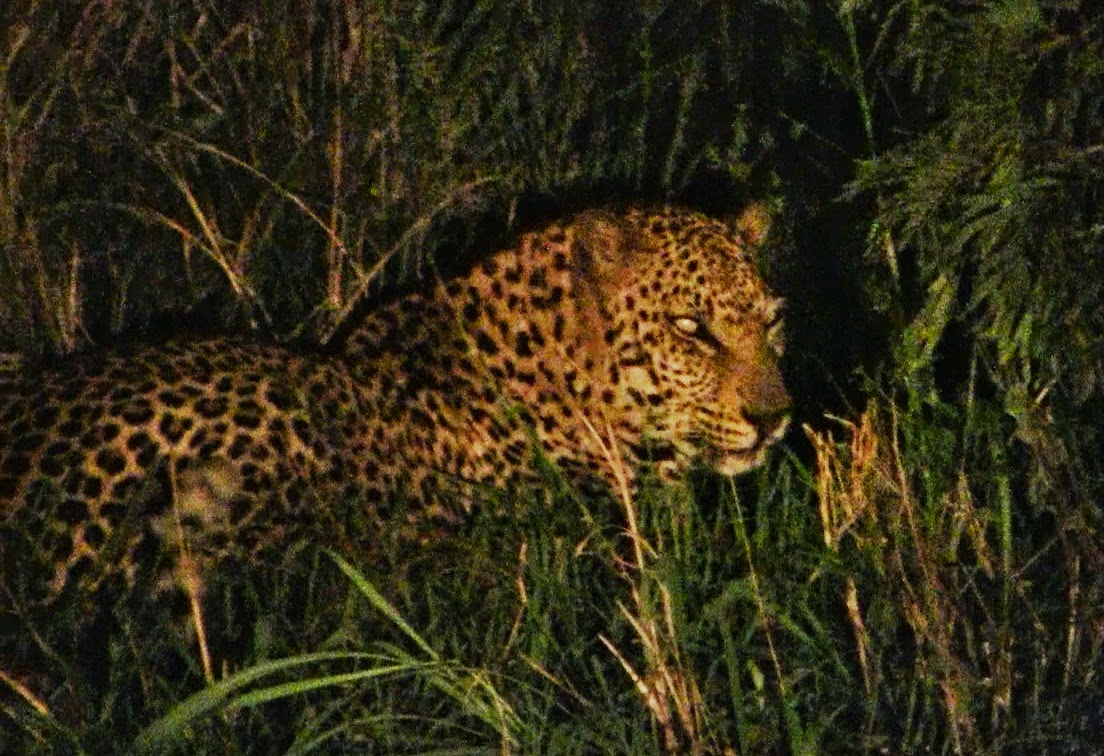