Frank on the hike

On Sunday I was invited on a hike with our friends from s/v ThreeShips – Chris and Fiona. They had chosen a hike on the southeast corner of St. Helena called Great Stone Top. They had been in St. Helena for nearly 2 weeks and had done 4 other hikes already. This promised to have some interesting terrain they said, but not too challenging. I was thnkful it wasn’t any harder because the day before I had climbed Jacob’s Ladder and my legs were sore from that.

The trailhead started at the end of a road we drove to with their car rental, and the road kind of ended next to a place called Bell Stone. This large flat stone propped up on another rock actually makes a bell-like sound if you bang on it with a rock or sledge hammer. There was nothing to bang with when we arrived, but we found a rock during our hike and brought it back.

Terrain at the saddle

The hike involved skirting on the side of two peaks after climbing down to a saddle after a km or so through a eucalyptus forest. From the saddle we caught our first glimpse of the rugged shoreline far below. All the hikes start at the higher elevations on this rugged volcanic island.

After the first two peaks, we started climbing another peak. I was ascending the to the top in the lead and stopped very suddenly when I got to the top to find a sheer drop off 2000 feet down straight to the sea! I had no idea that was going to happen at that point and I literally shouted WHOAAA.

We continued along the very sharp ridge and the official Great Stone Top peak where we found a spectacular view in two directions with sheer cliffs on both sides to the sea and a spectacular overlook of the new airport still under construction. There was a post containing a log book and an official stamp for the hike there and Chris stamped the topographical map he had purchased of the island.

Please enjoy this short photo album with some of the best photos I took with my smartphone – including a 360 panorama from the peak. 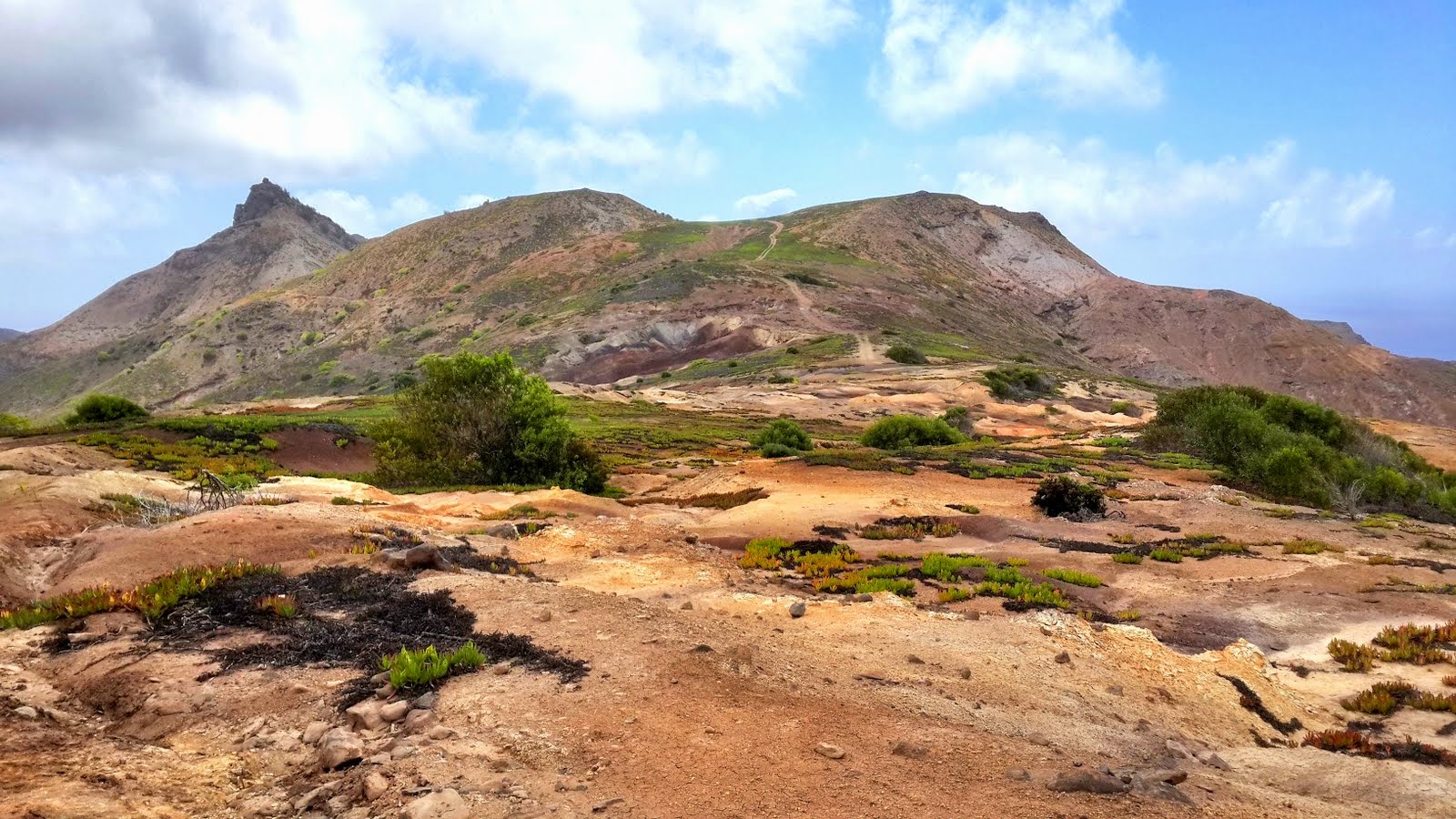 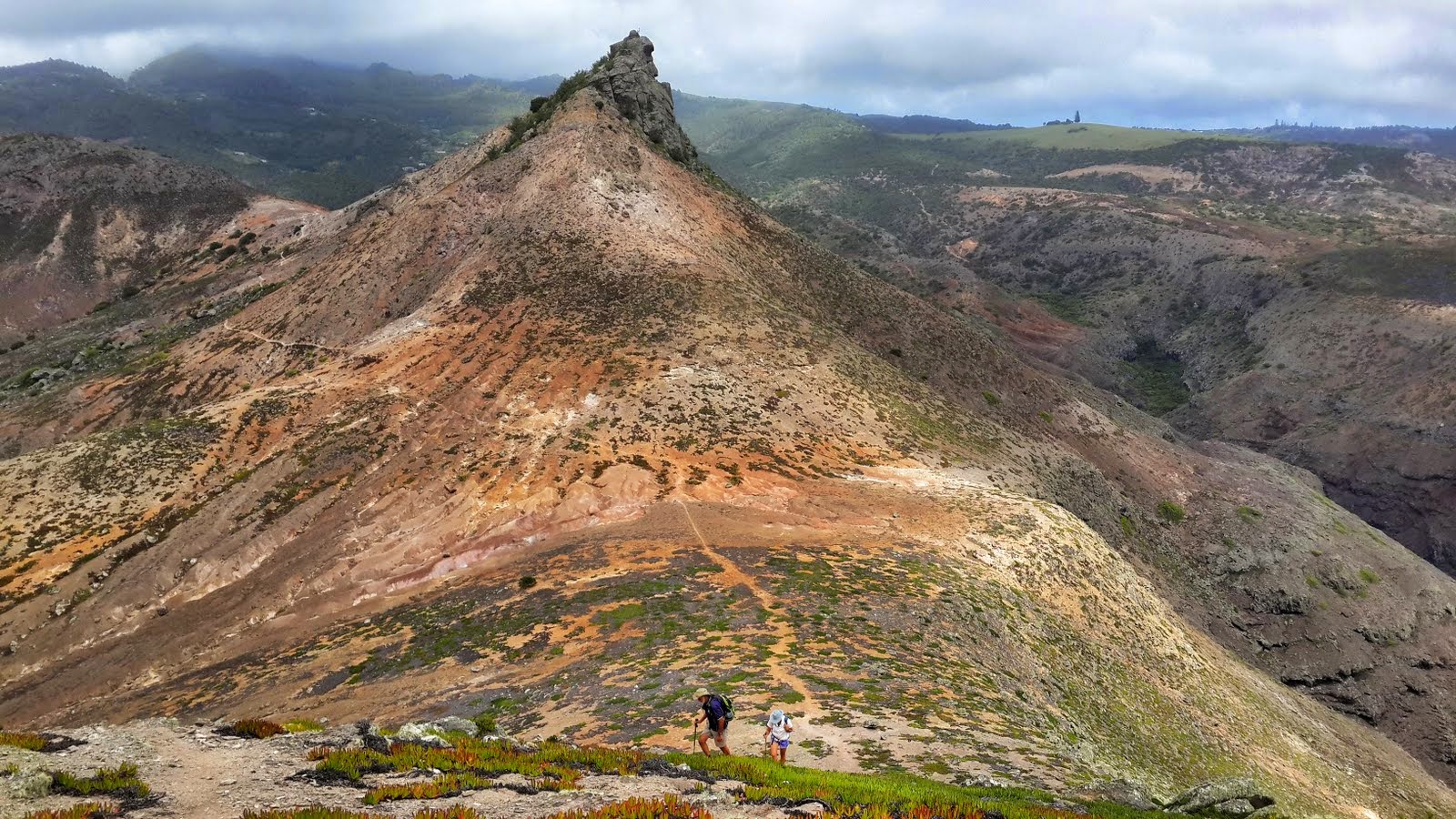 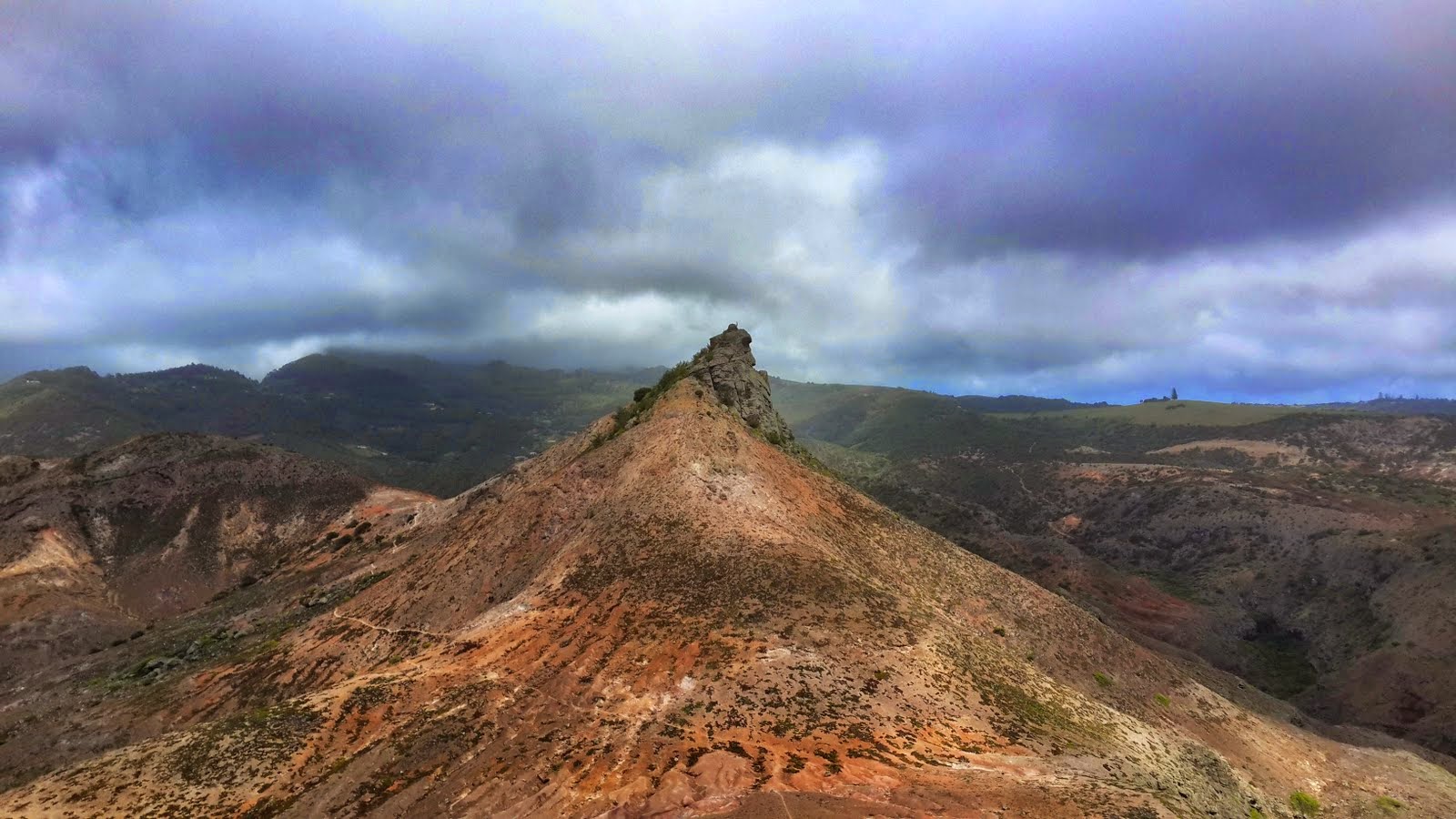 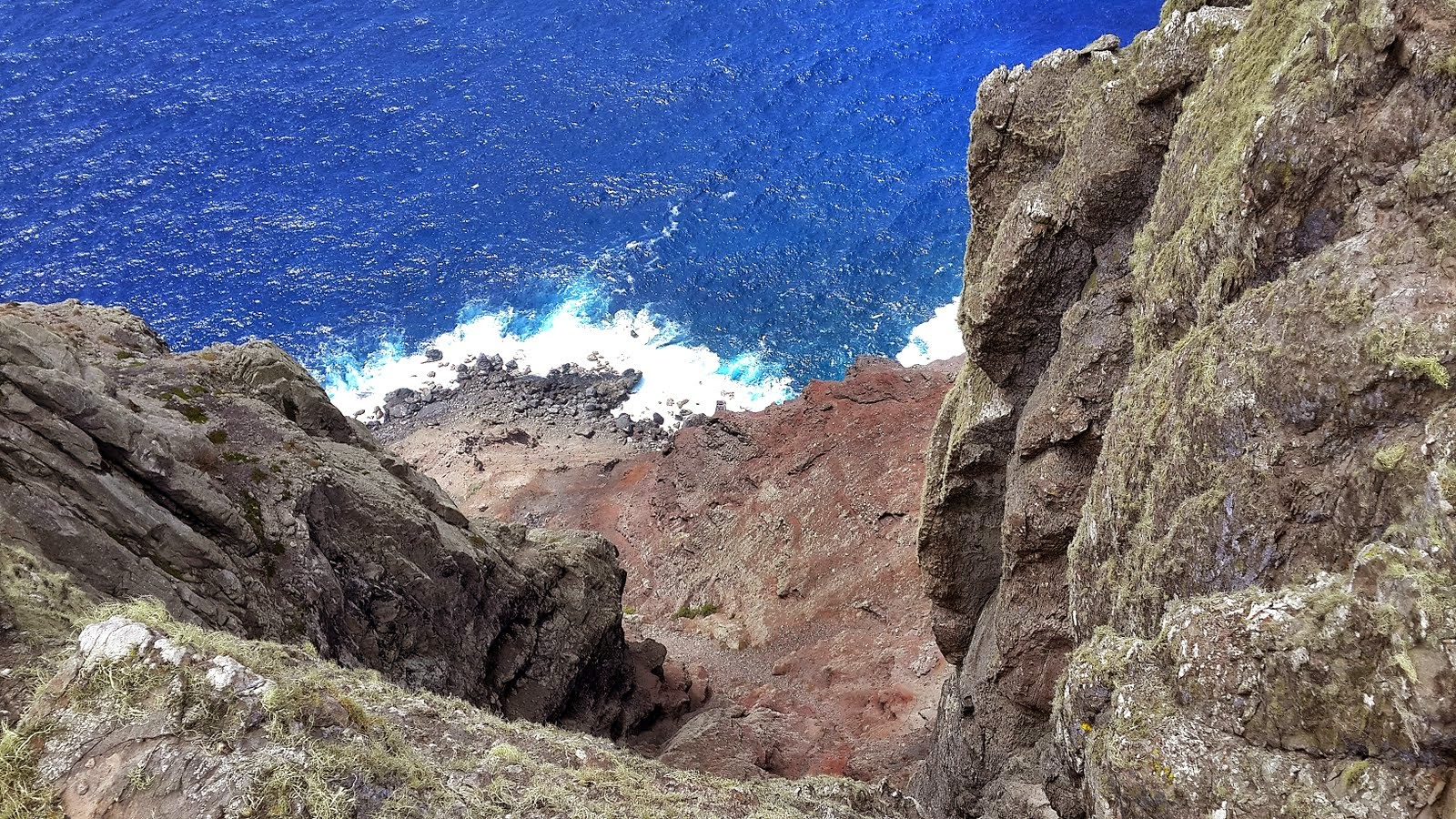 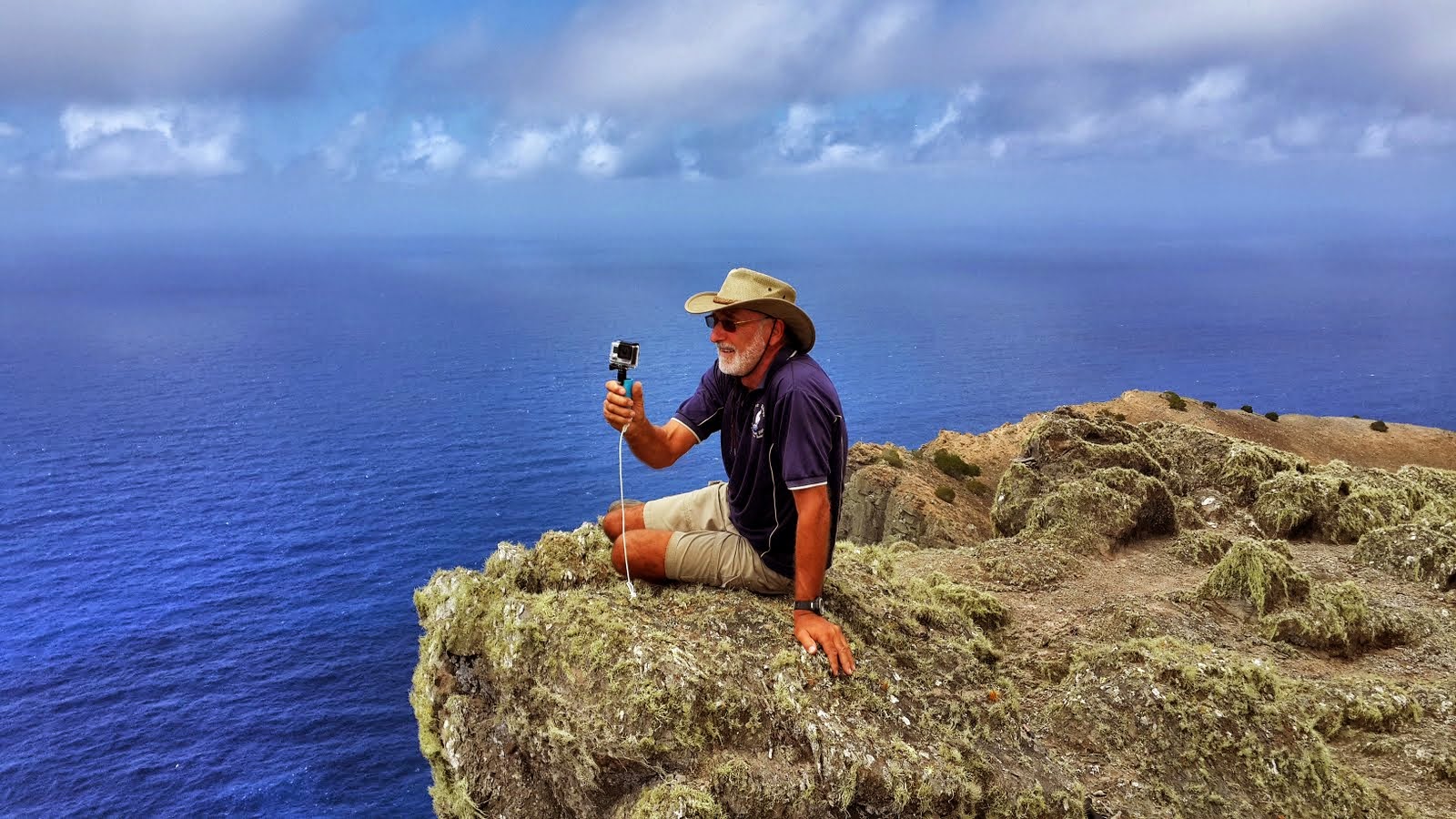 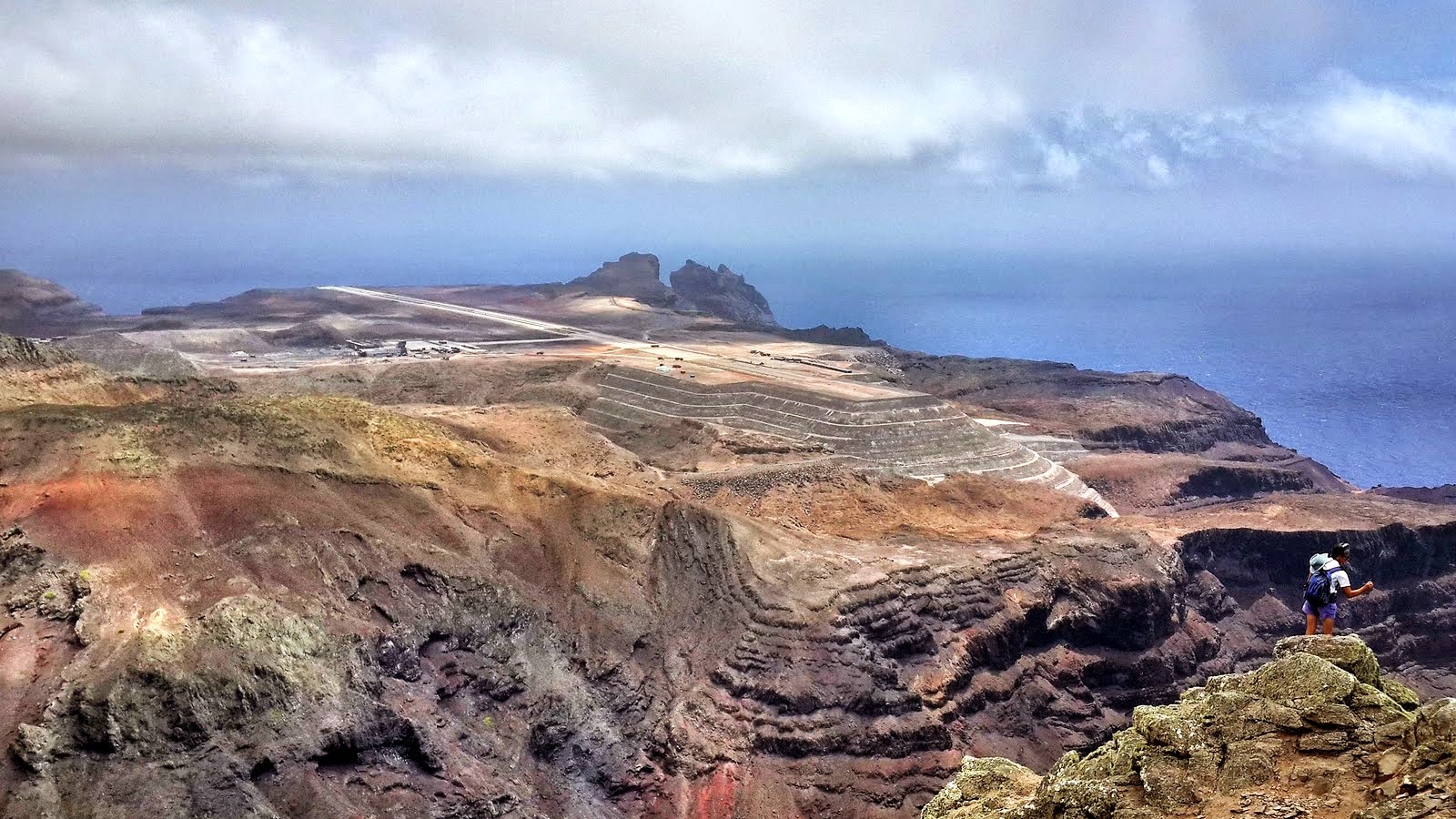 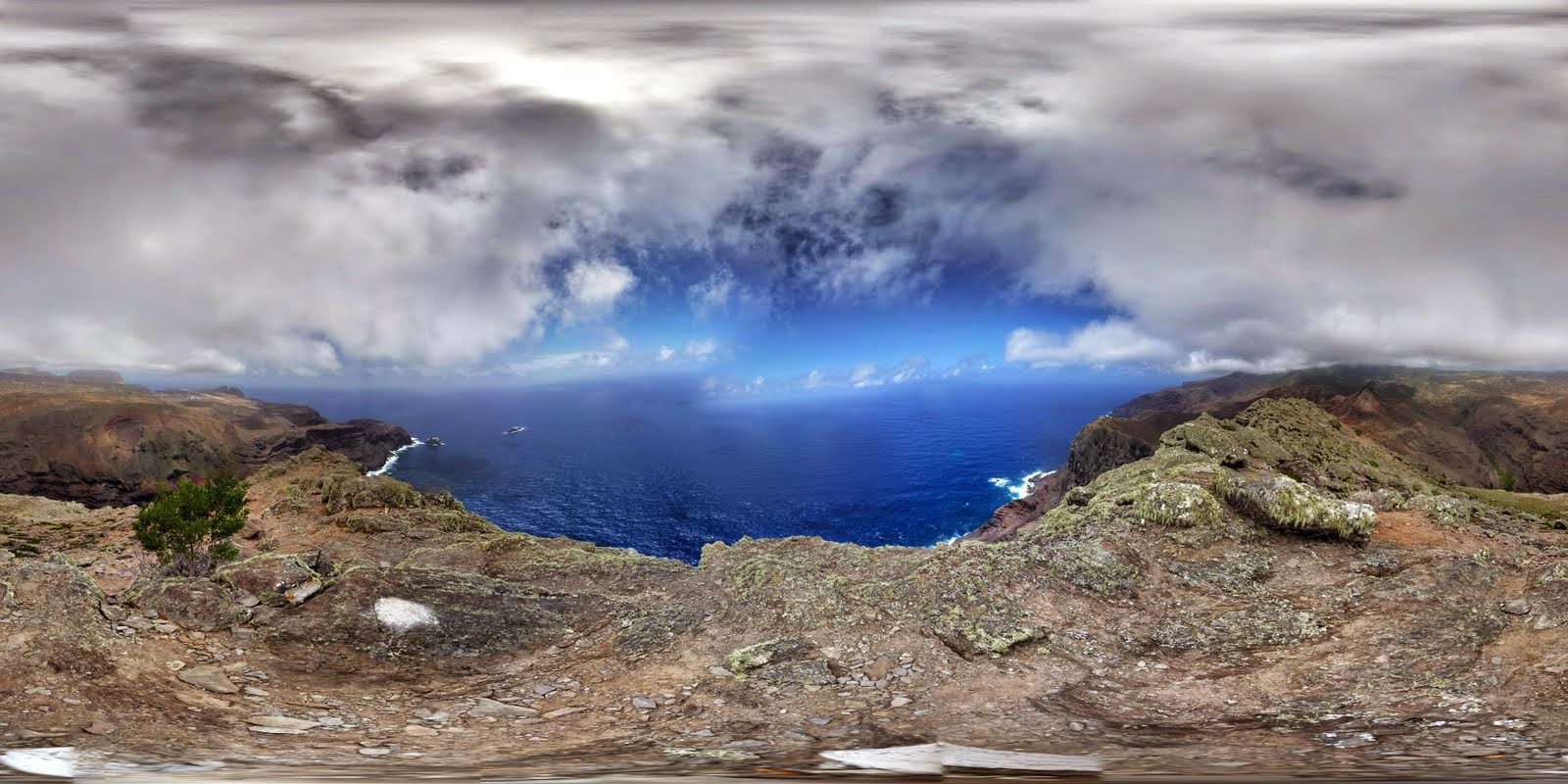 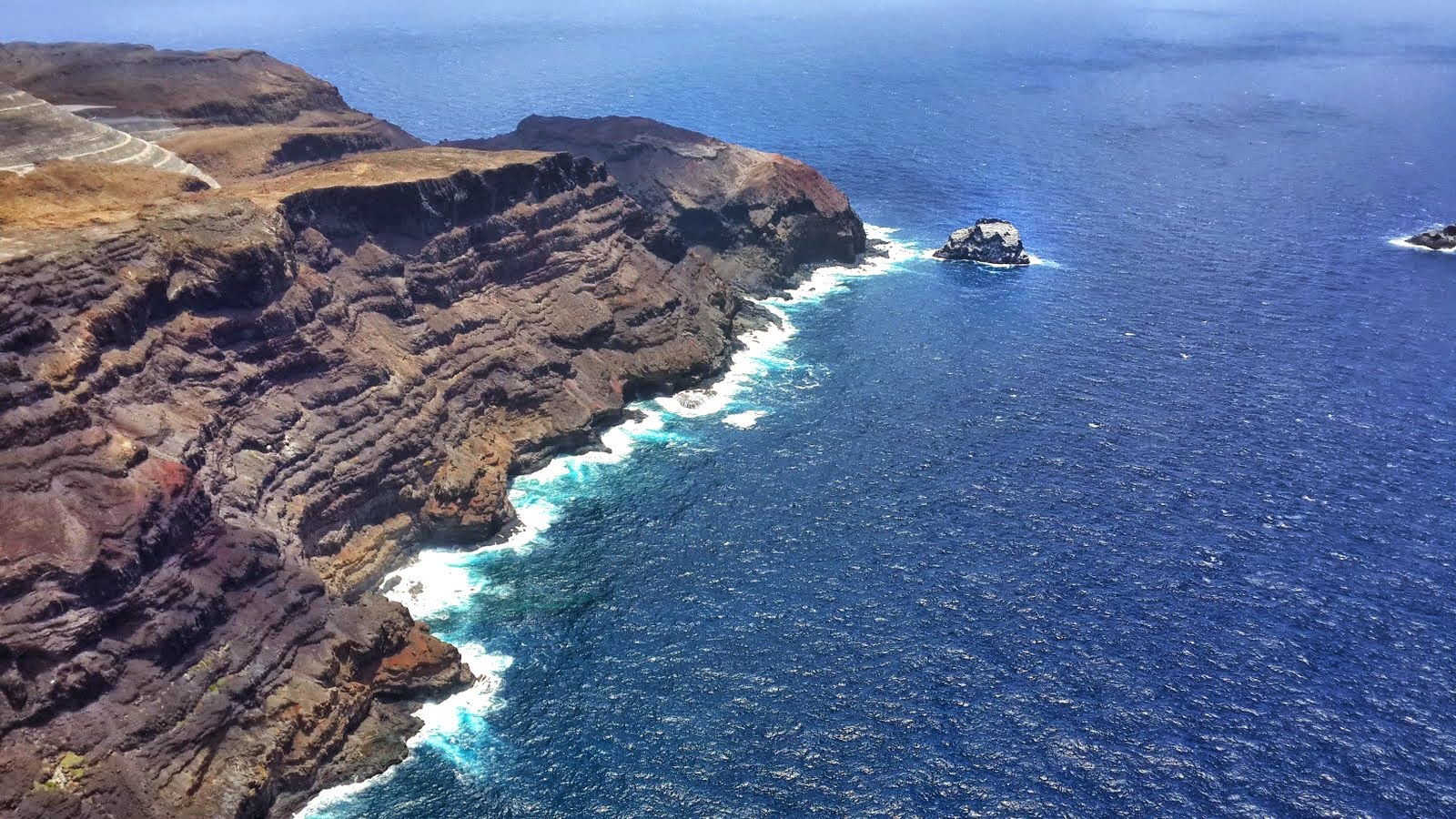 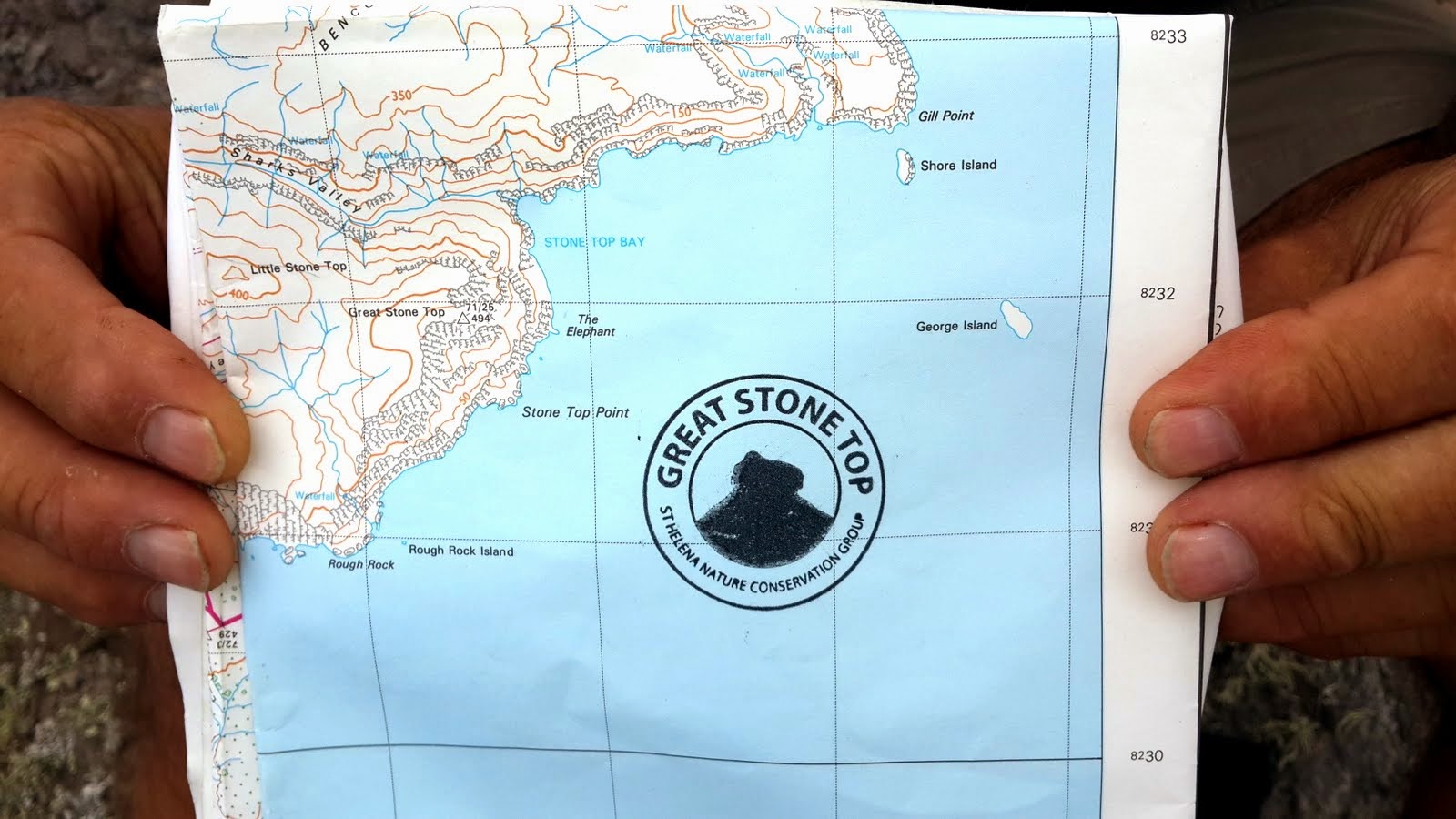 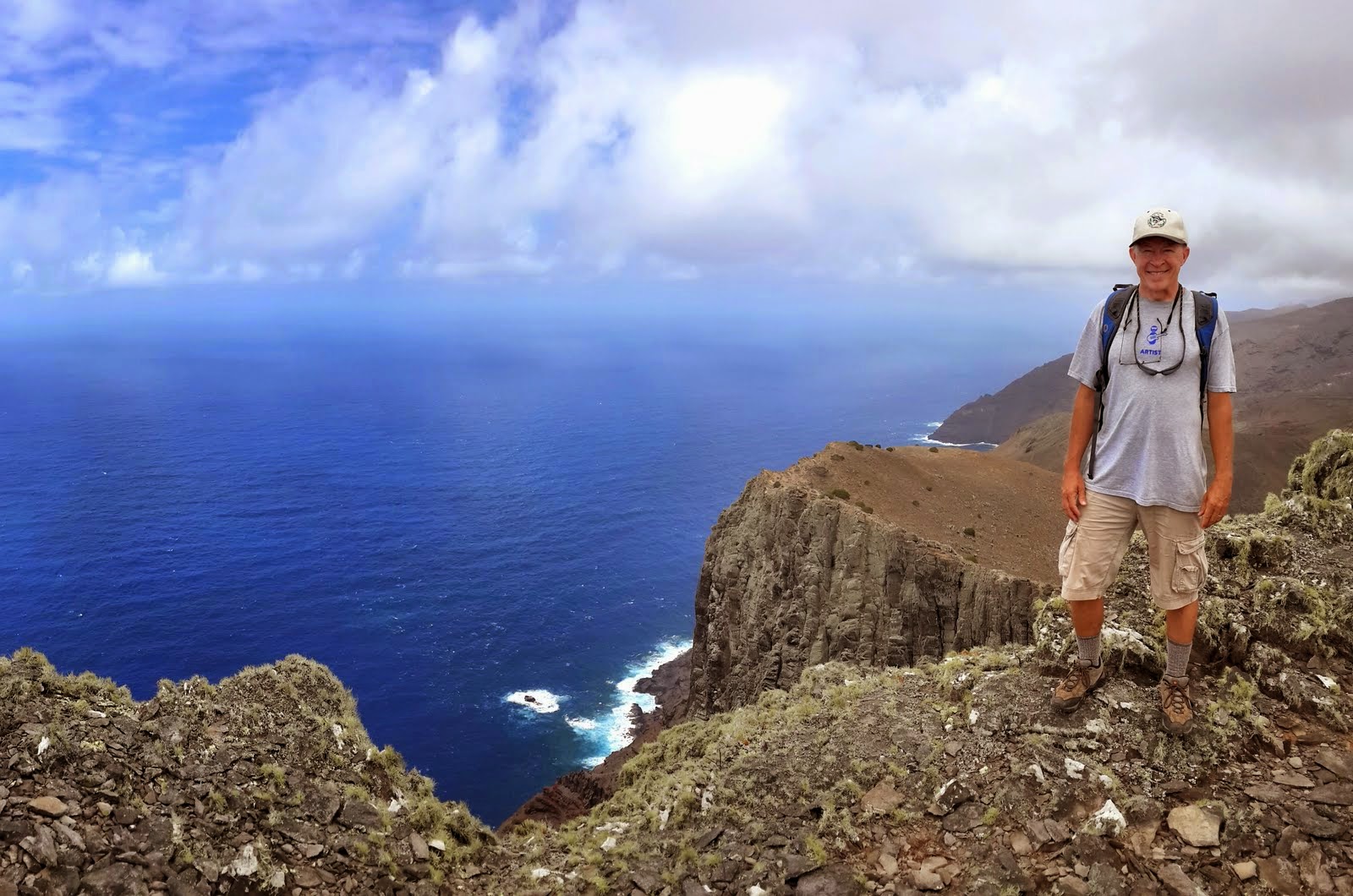