Now in the Abacos

Karen and I have been to the Bahamas a few times before. But, we have never visited the Abacos for some reason. Our Canadian friends on s/v Gromit and s/v Salty Ginger went to Mayaguana while we were in the Raggeds the previous week. We decided to rendezvous in the Abacos – where Gromit was last at 7 or so years ago – and they would be completing their circumnavigation there. They have a favorite snorkeling site there which they remember fondly, and a favorite beach camp site (which they called “Club Med” because they had so much fun last time).

We got a message from Salty Ginger that the two boats had left Mayaguana Thursday (23-May) and would be arriving Abacos on Monday morning. Since we were only one day of sailing away, we spent a day doing laundry and prepping. We had a mini household disaster when I accidentally left an open container of hydraulic steering oil on a counter and Karen knocked it on the carpet, AND a few drops landed on our freshly folded laundry! It took us half a day to get everything cleaned up. Oh boy.

On Sunday morning, we left at the crack of dawn and had very good conditions for a brisk sail during the day. We were within 20 miles of the turn around Eleuthra island, that would put us on a direct course for Abacos, when I decided to try hailing the two Canadian boats on the VHF. They actually heard us and were only 25 or so miles away. It was a happy virtual reunion over the radio, and we were able to communicate through the night to coordinate our arrival.

Tahina, being the faster boat, arrived first to the pass we had decided to enter through the barrier reef and cays which provide the wonderful shelter for boats in the Abacos. We arrived just a few minutes too early (before sunrise), so we hove to (sat with our sails perpendicular to wind – sort of like parking your boat, and a very comfortable way to take a break while you don’t move very fast). When the sun was up (and a little rain squall passed) we dropped the sails and motored slowly up to the pass, and confirmed the pass conditions were good, and were soon in the smooth protected waters. It was a bit shallow, so we had to pay close attention to the charts to ensure enough water leading us to the anchorage. The photo here shows what the view from Tahina looked like a couple of hours later – that white sand beach was later vacated by the day-trippers and we had the place to ourselves! The map below shows the track of our trip to the Abacos and if you zoom in you can see other places we have gone since.

A couple of hours later after our arrival, the other two boats had negotiated the same pass (with tips from Tahina) and were soon anchored close by. We have spent the rest of the week greatly enjoying the company of the four adults and four kids and spending our time snorkeling, swimming, playing on the beach, enjoying pot-luck dinners and camp fires on the beach until late at night with a moon that gets brighter every night. I took a panorama from my seat around the camp fire one night shown below (click for larger):

Yesterday I pulled out my kite aerial photography gear and we took photos with a GoPro camera of each of the boats from above. The photo at the top of this post shows Tahina in the shallow water we anchored in, and the nearby cay and beach we have been playing on at night (called Tilloo Cay). The photo here shows the happy new family circumnavigators on their boat Gromit (named after Wallace and Gromit).

Below is a slideshow capturing a few of the moments so far in the Abacos. It’s been a great time so far, and a great way to finish off our long voyage around the world! 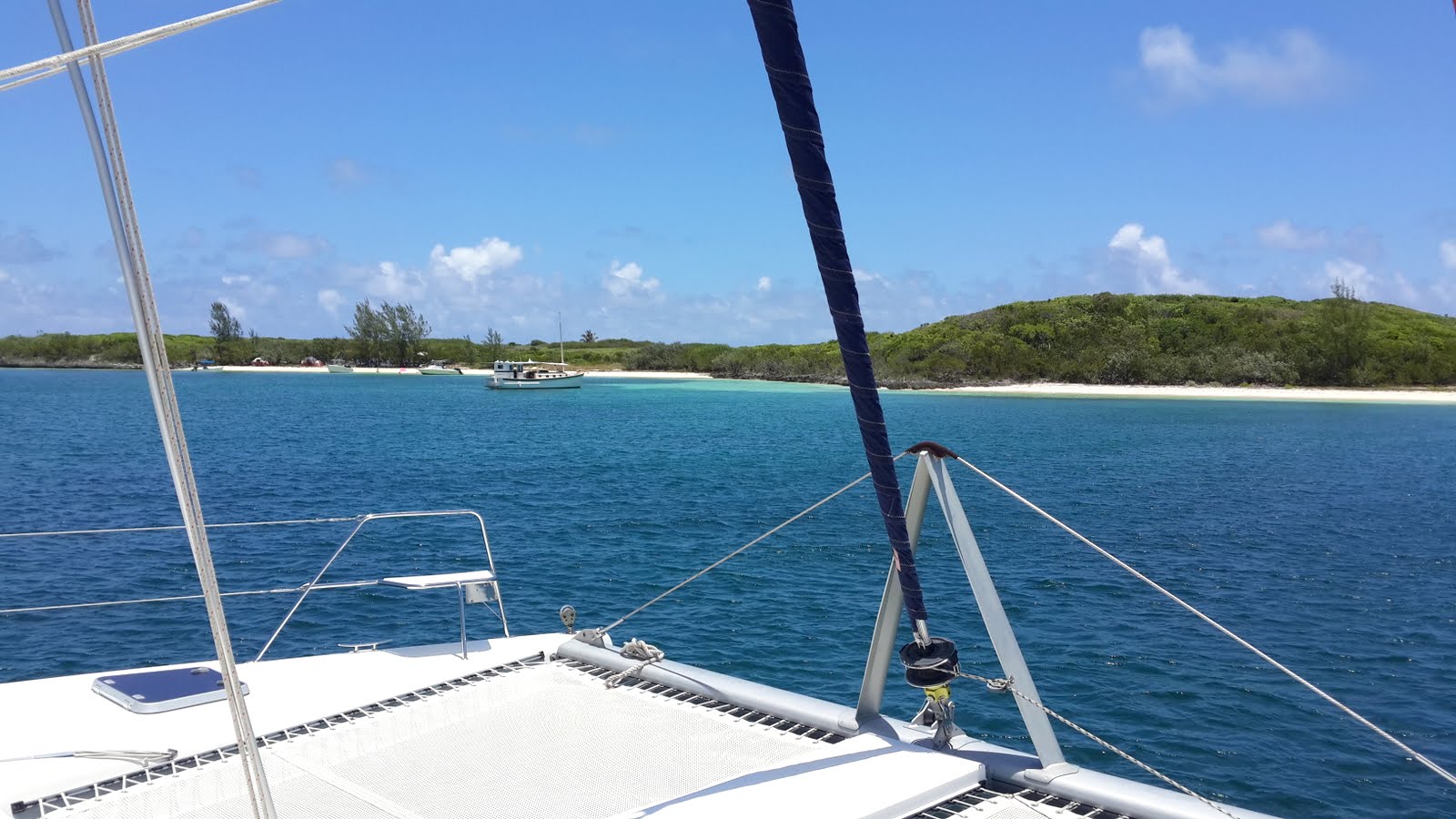 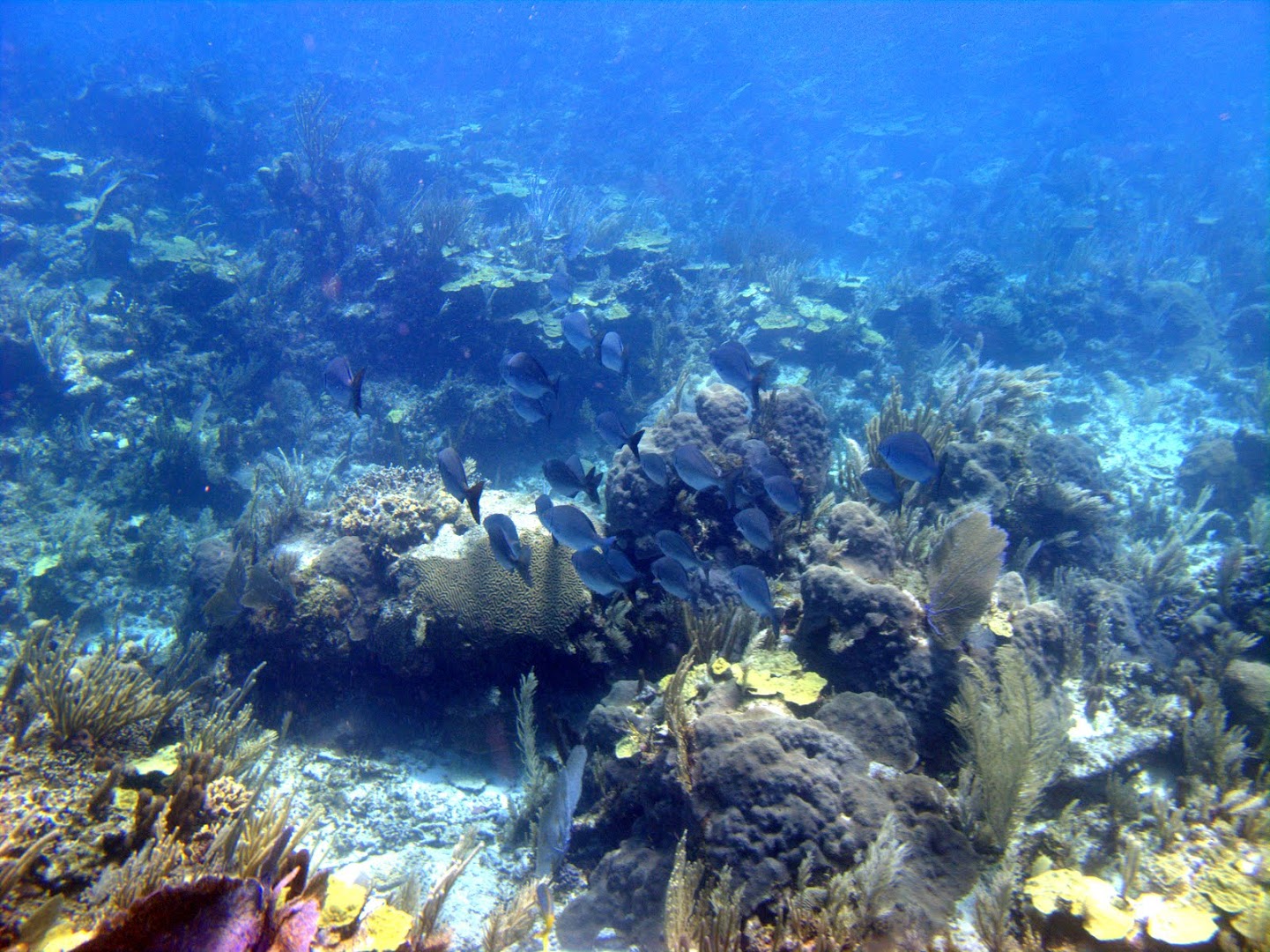 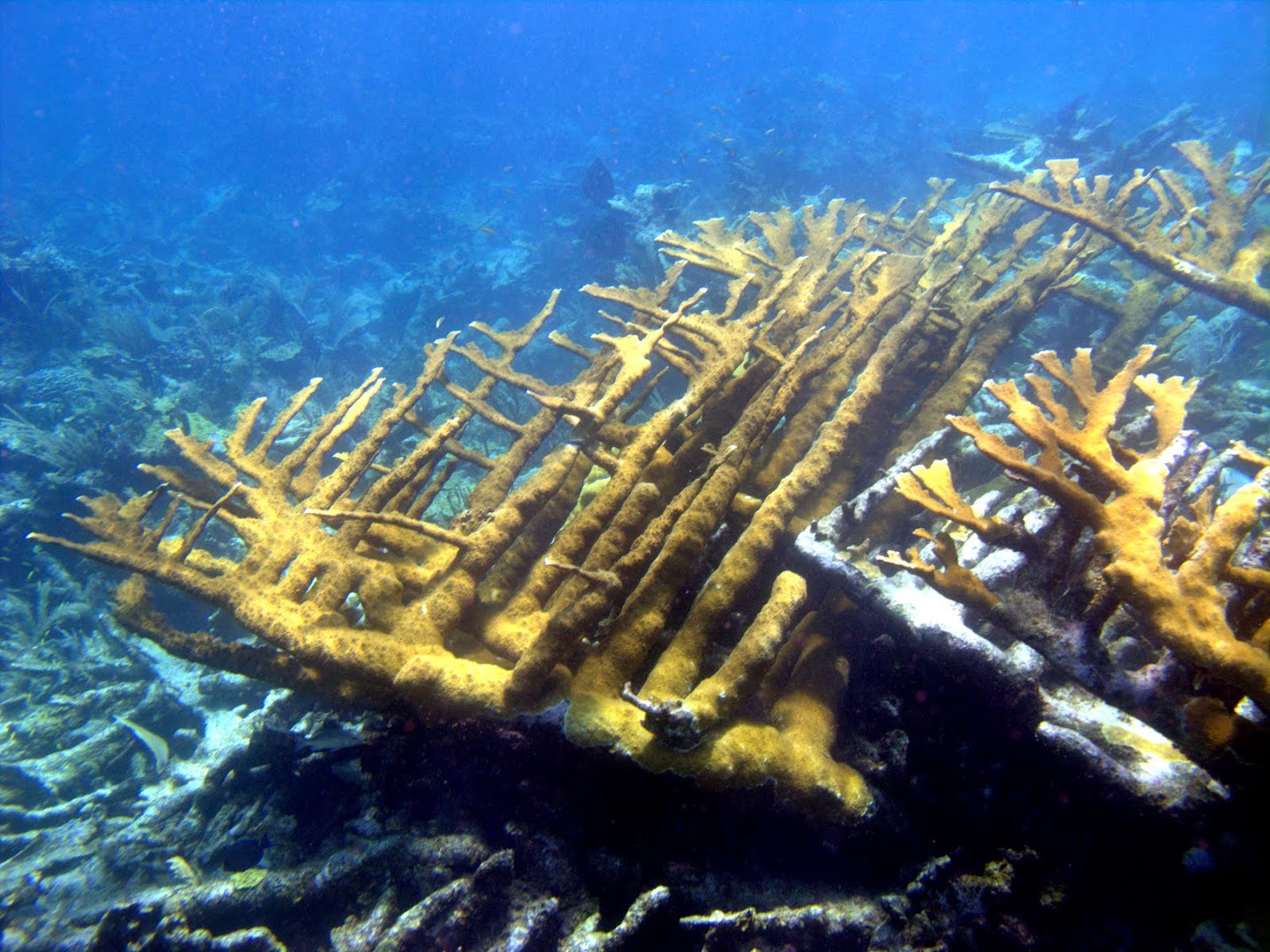 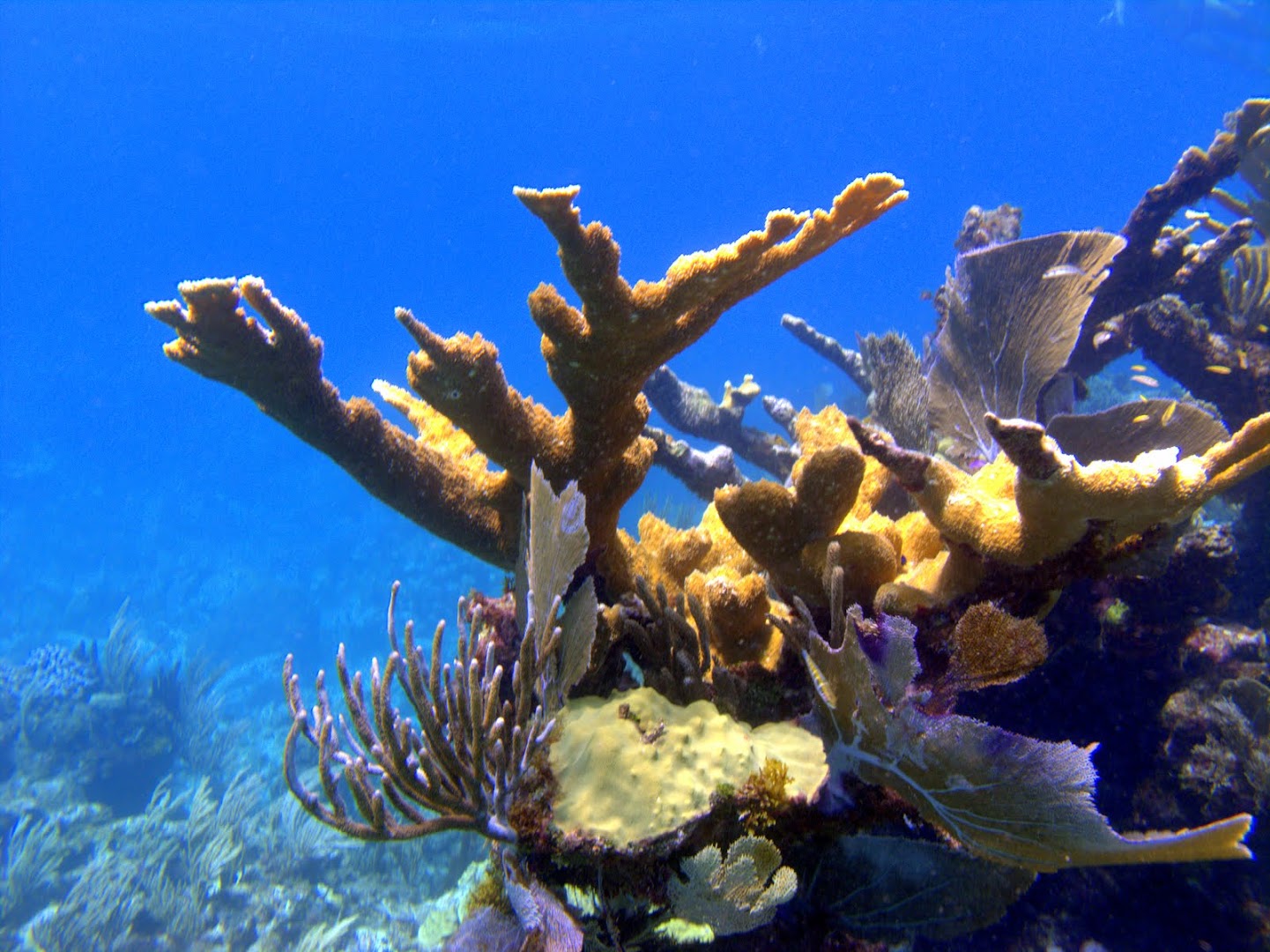 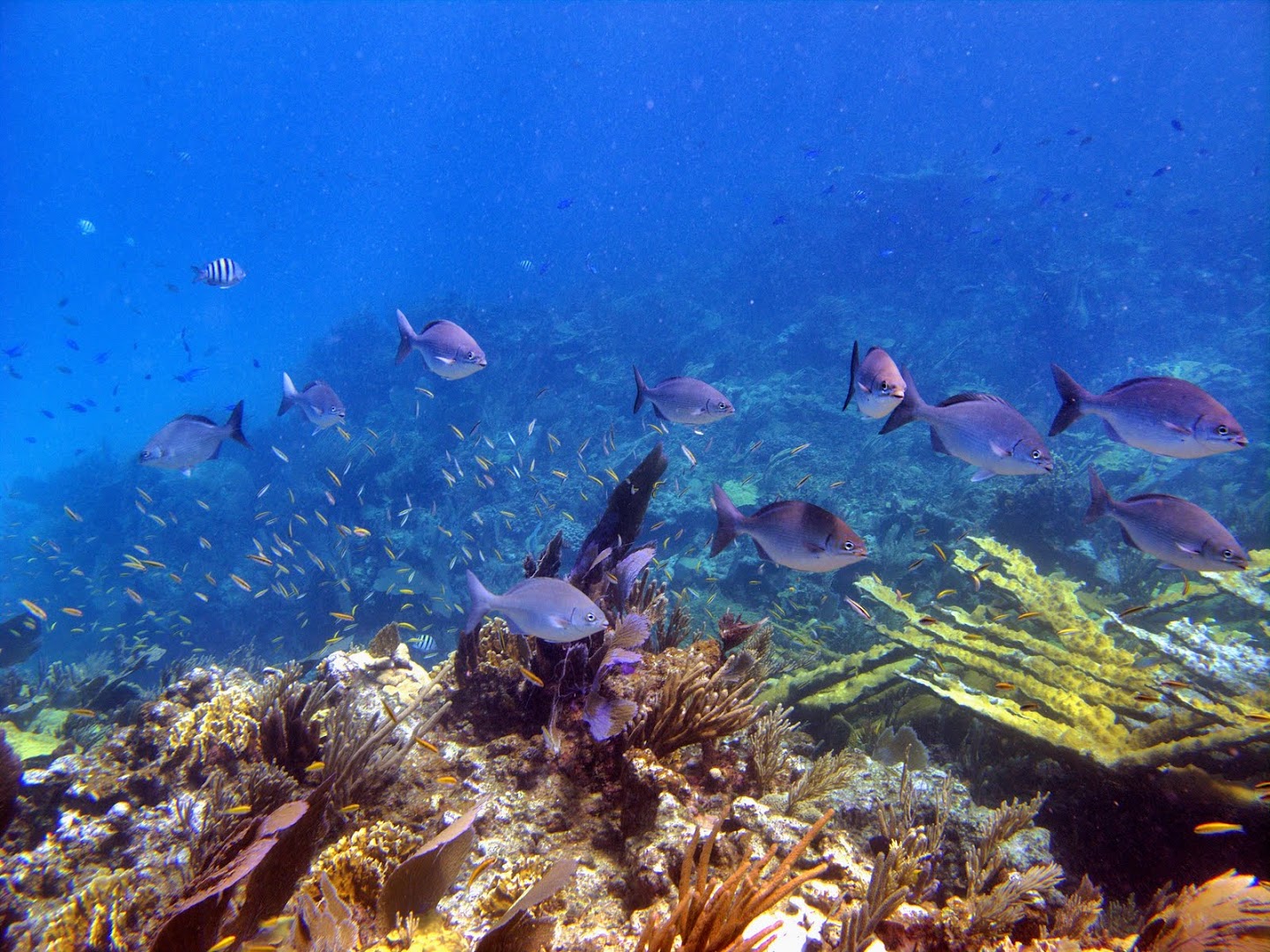 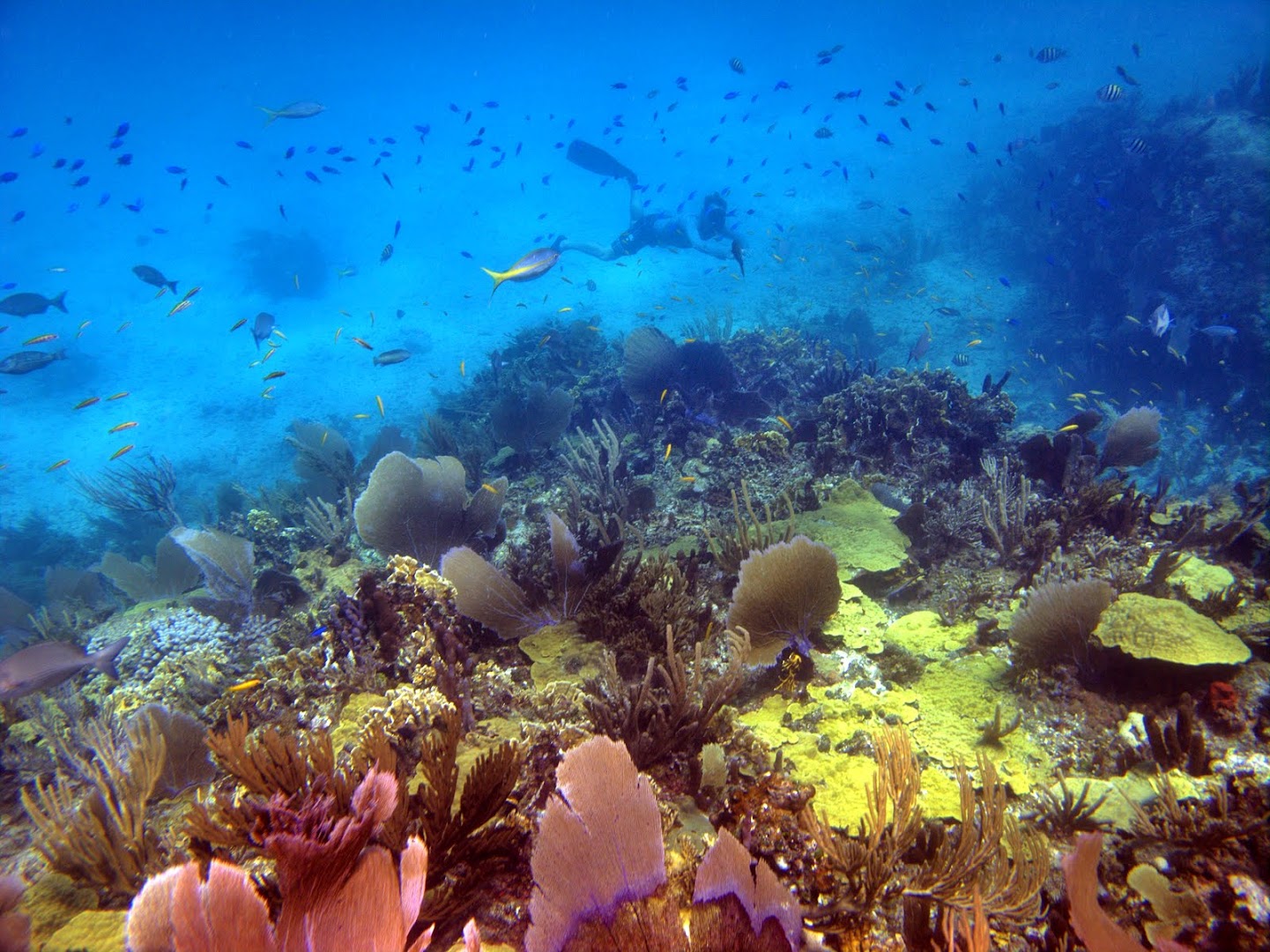 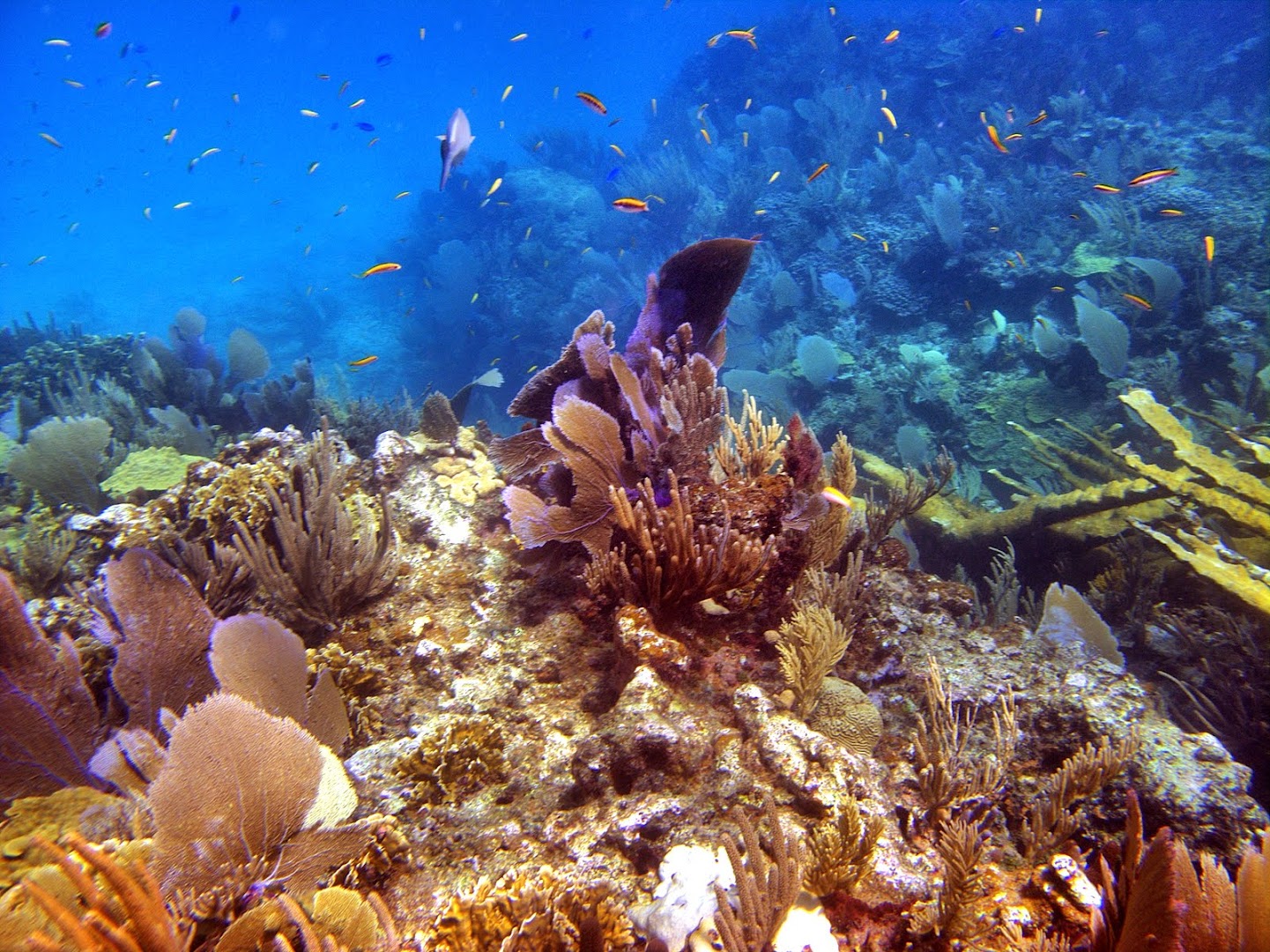 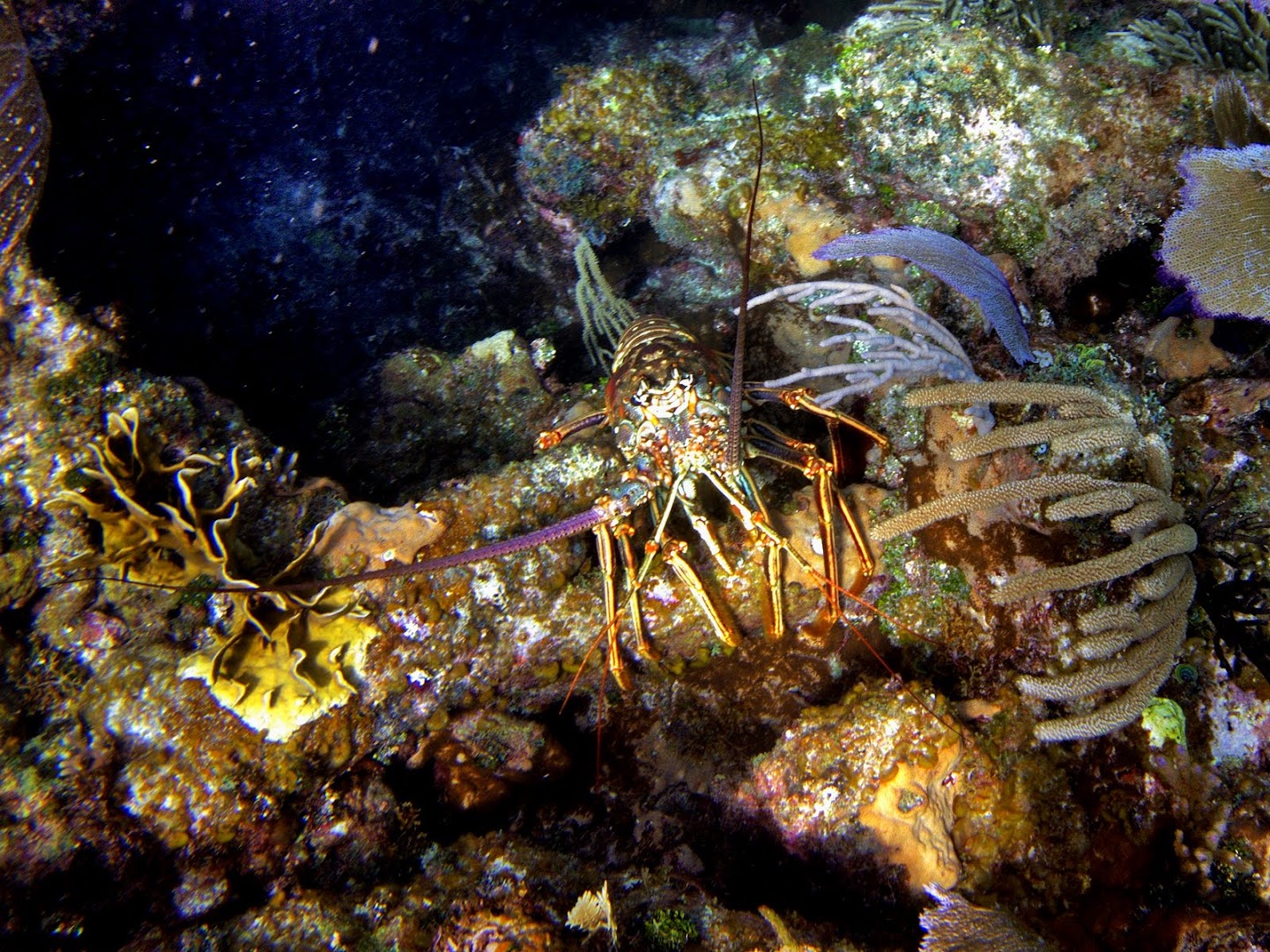 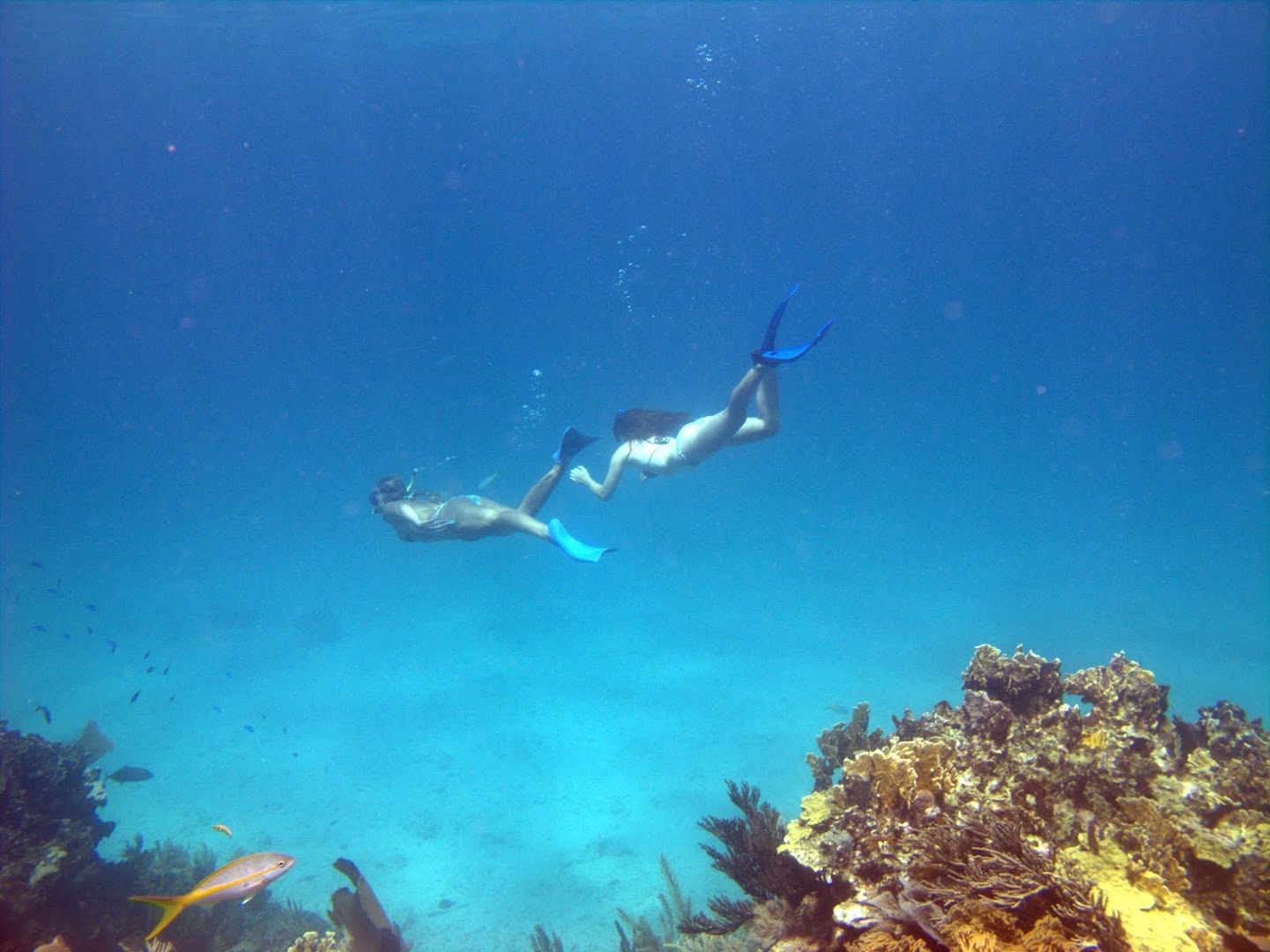 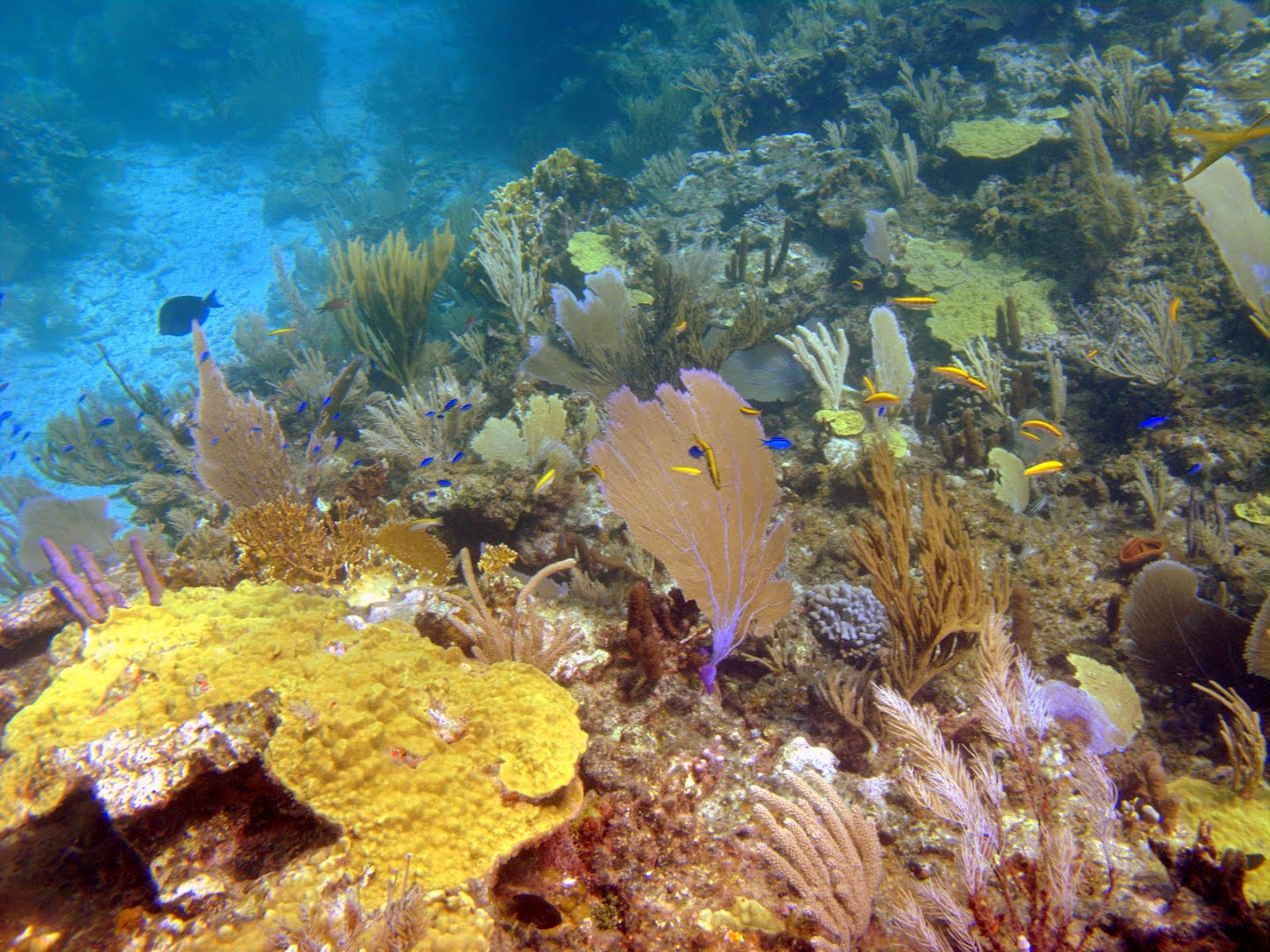 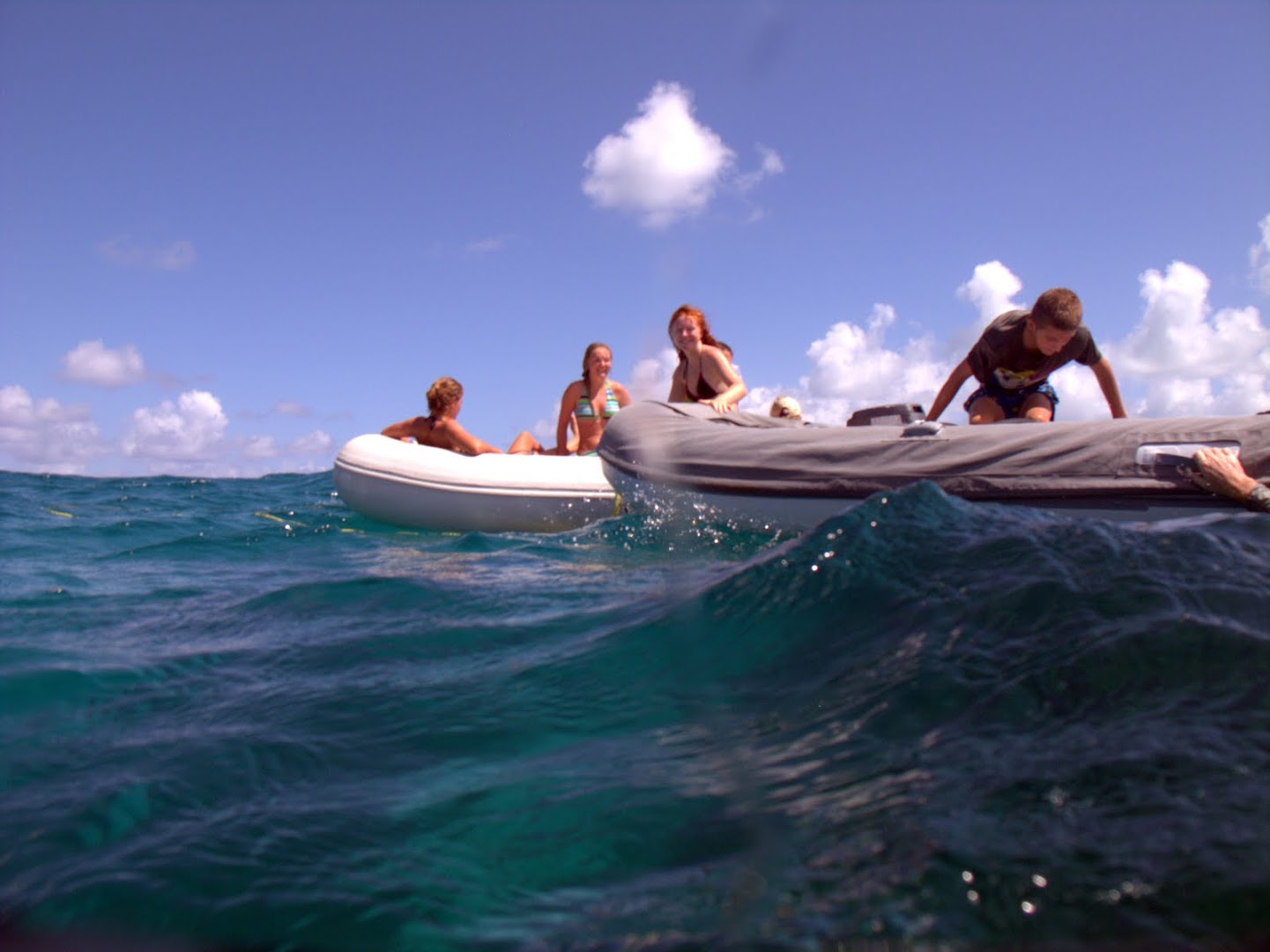 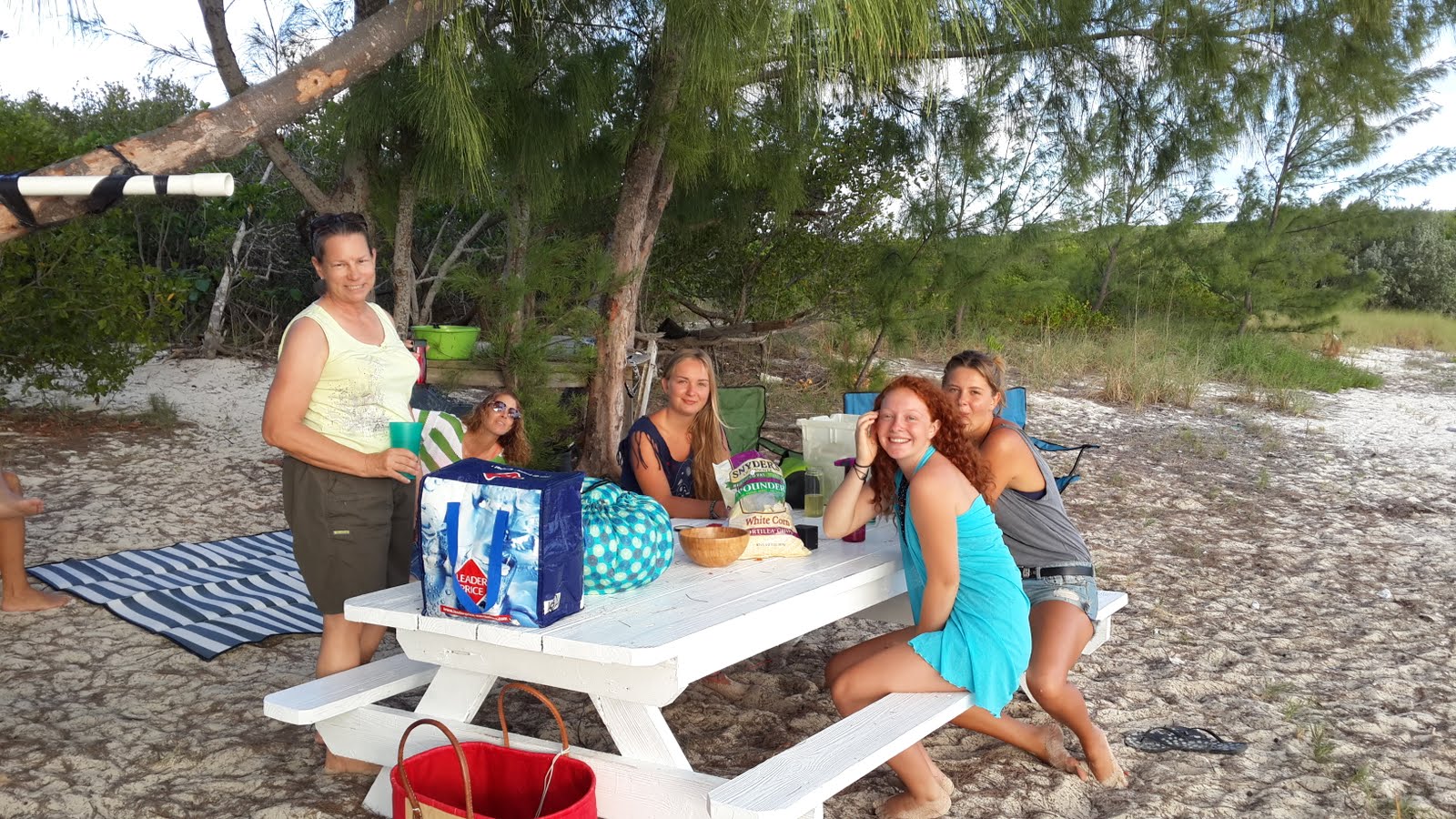 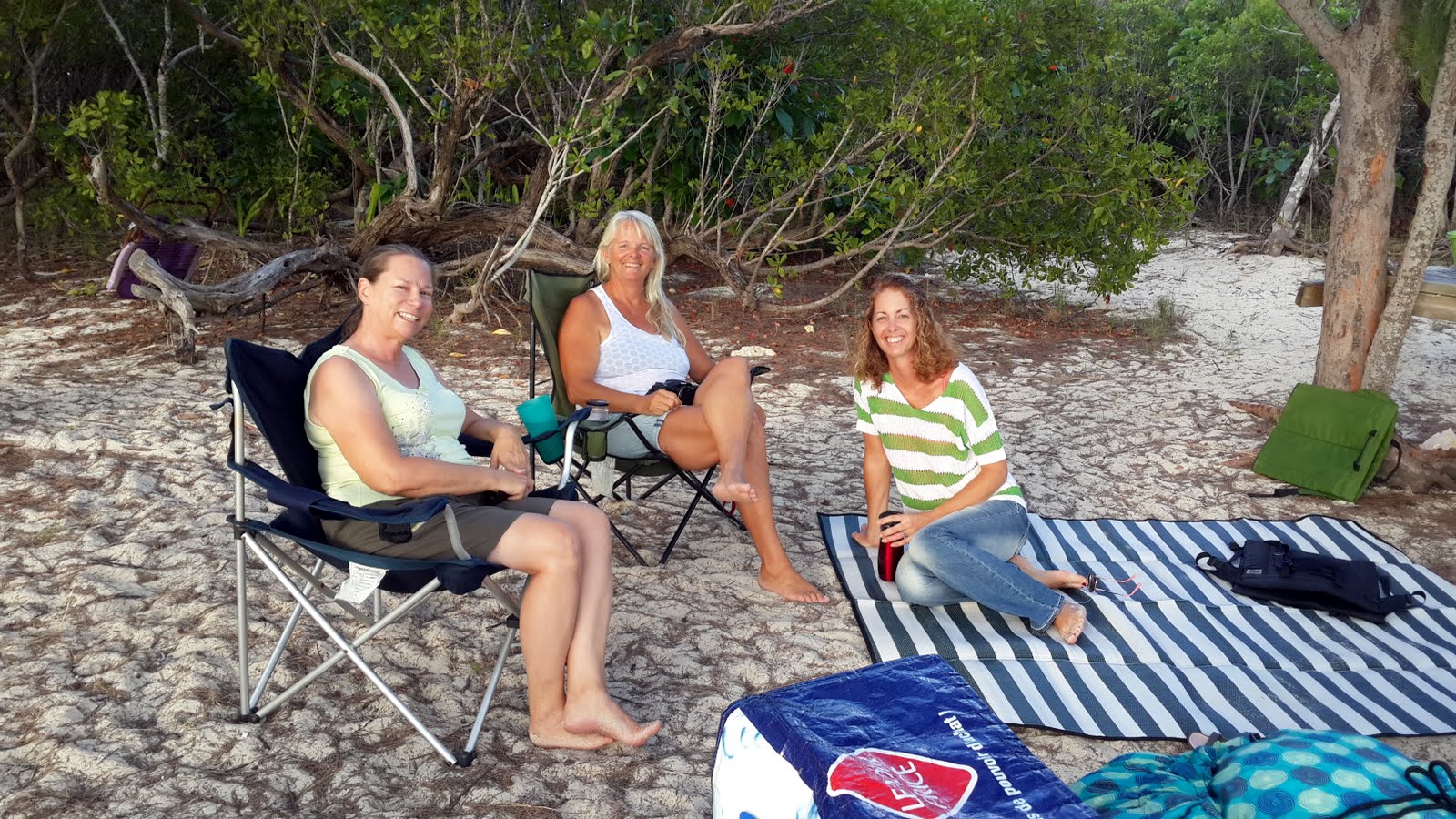 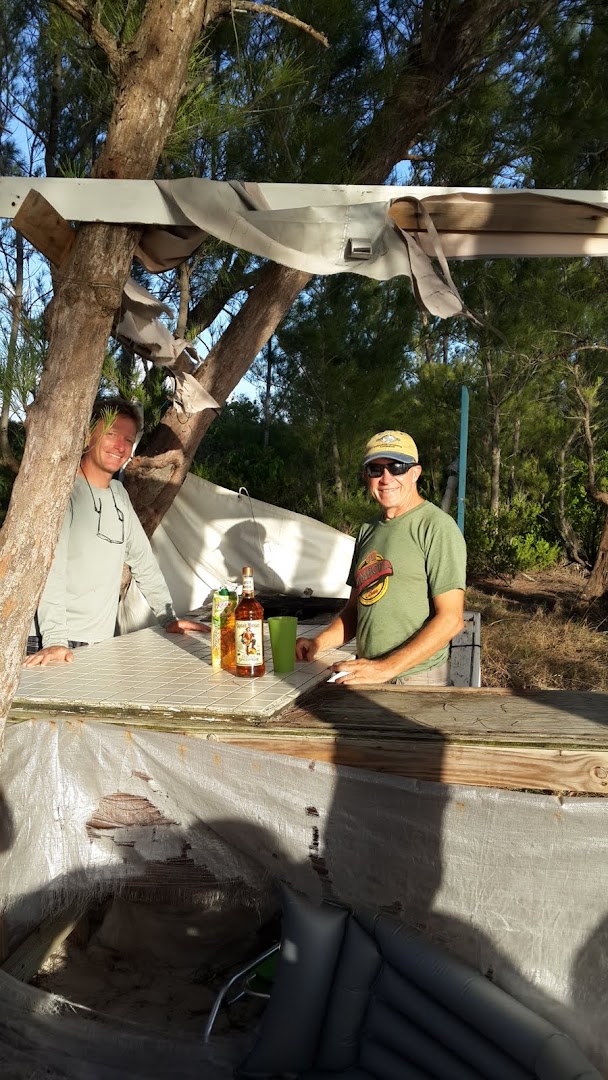 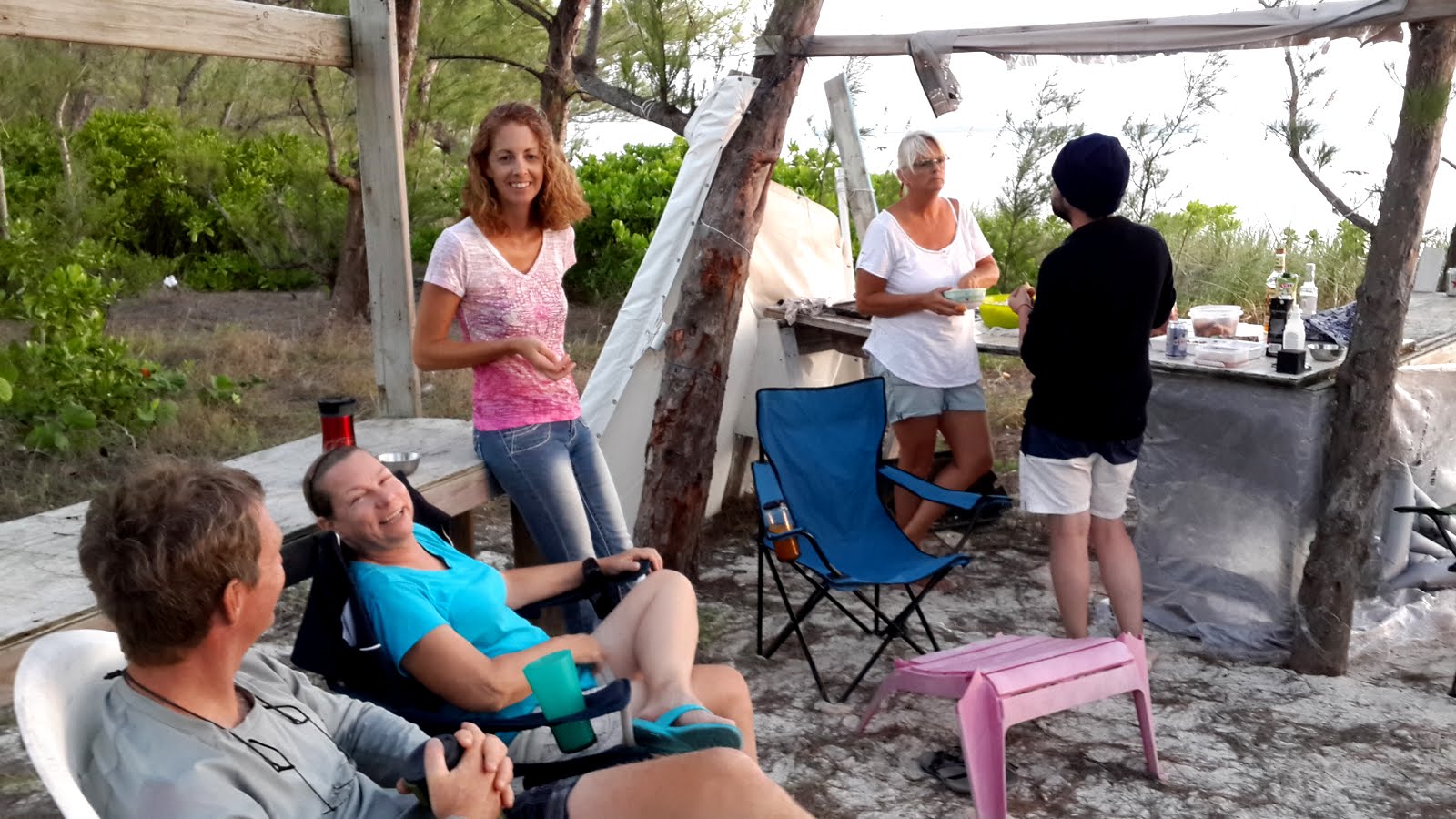 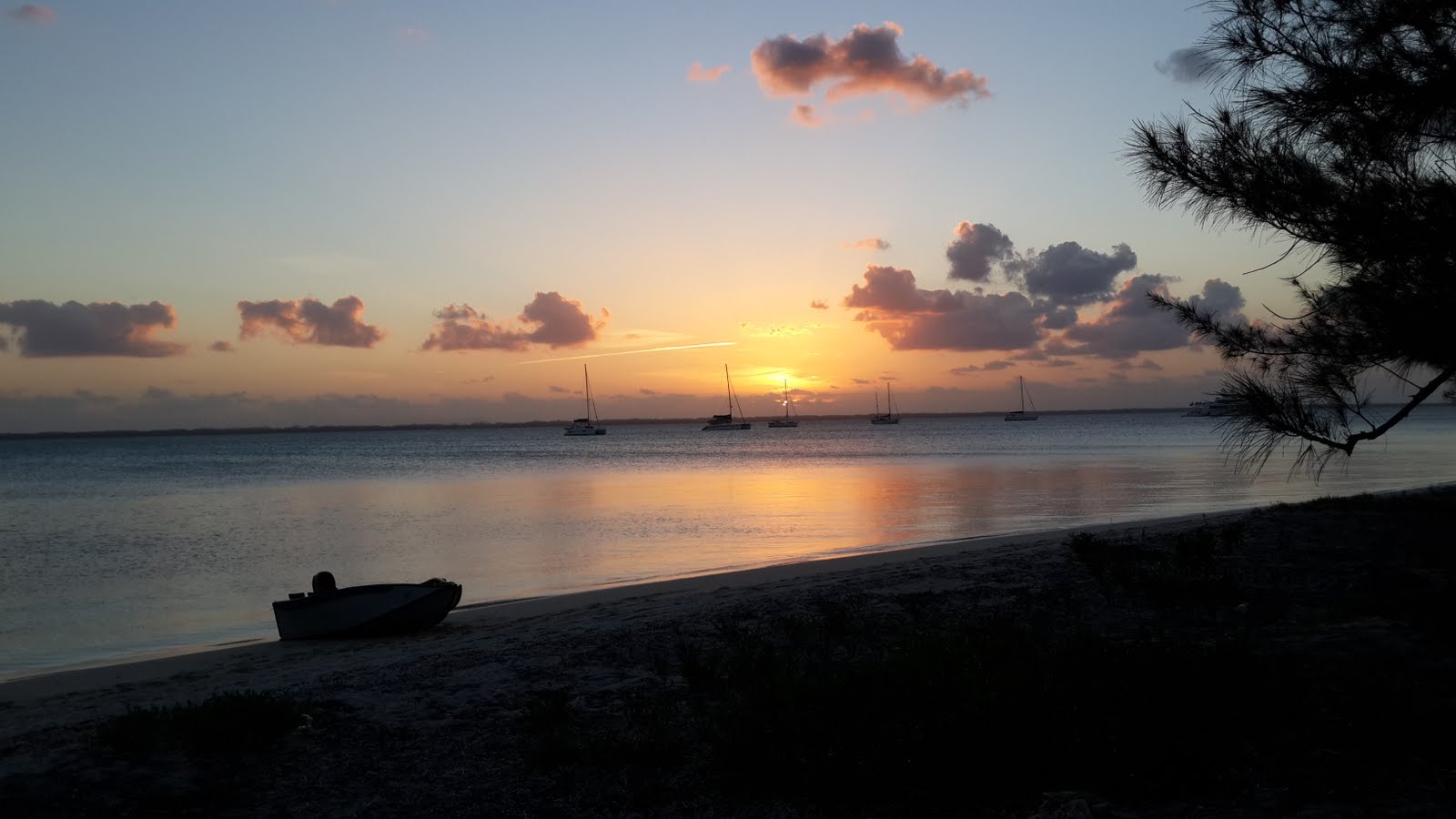 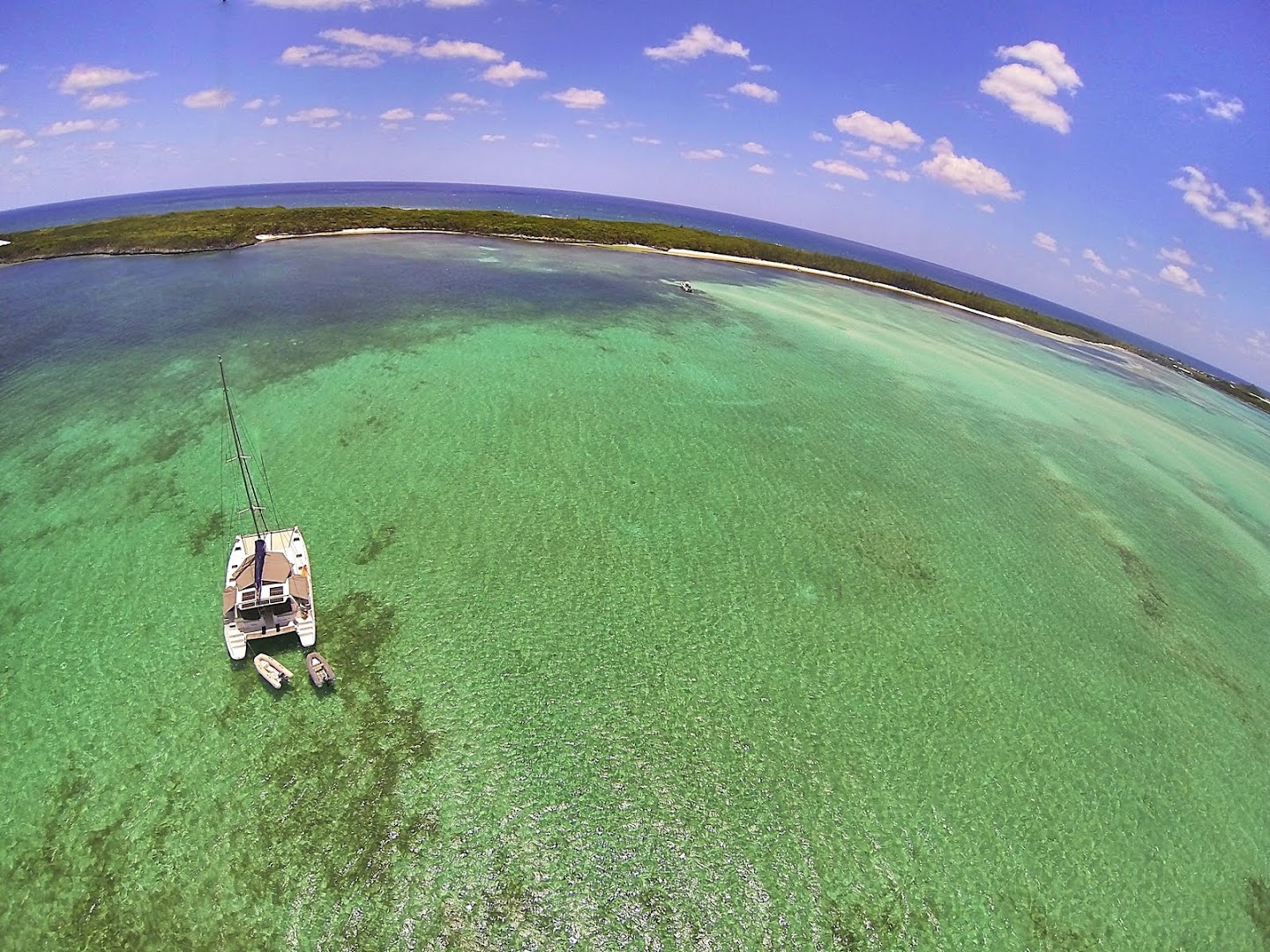 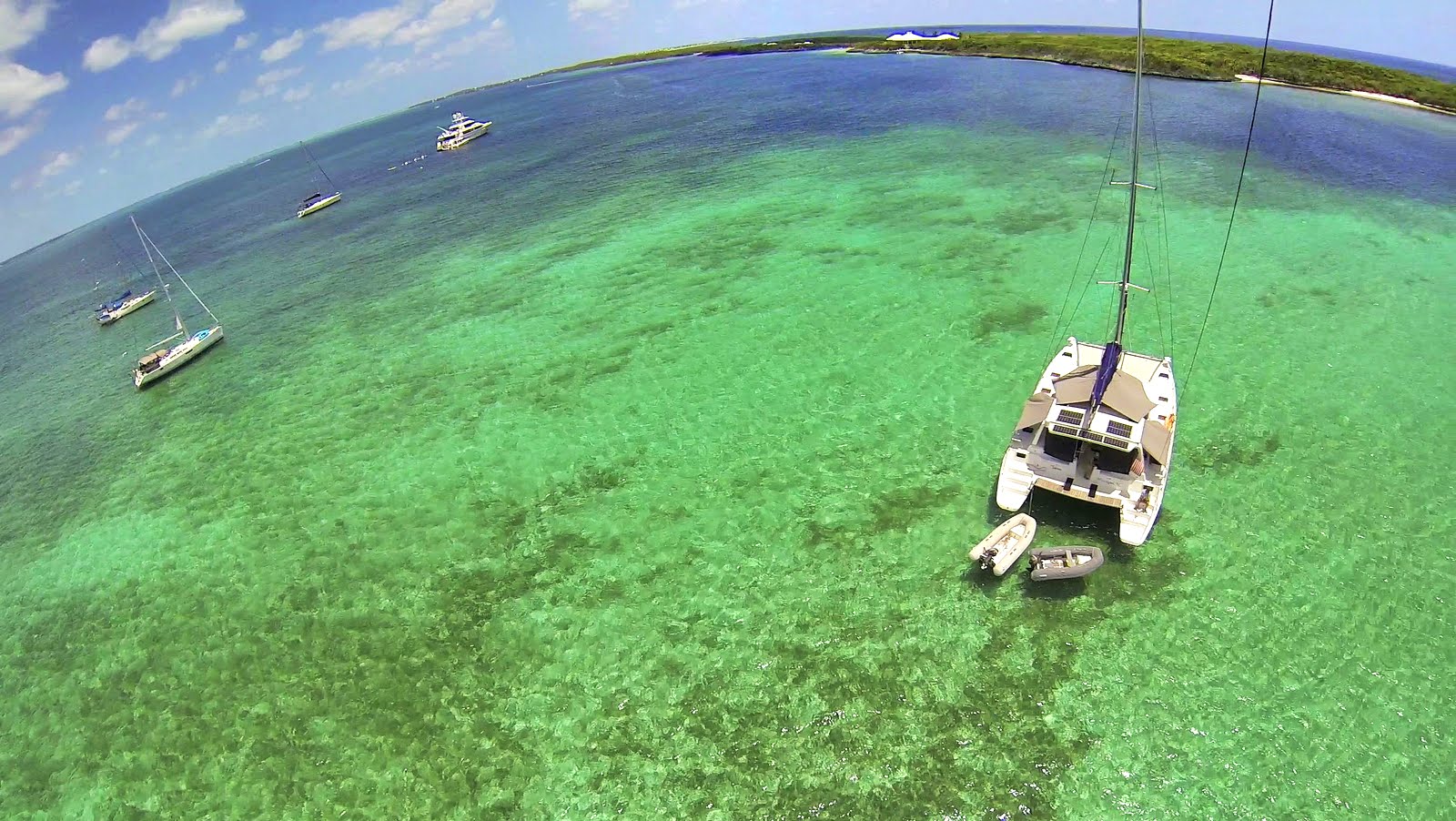 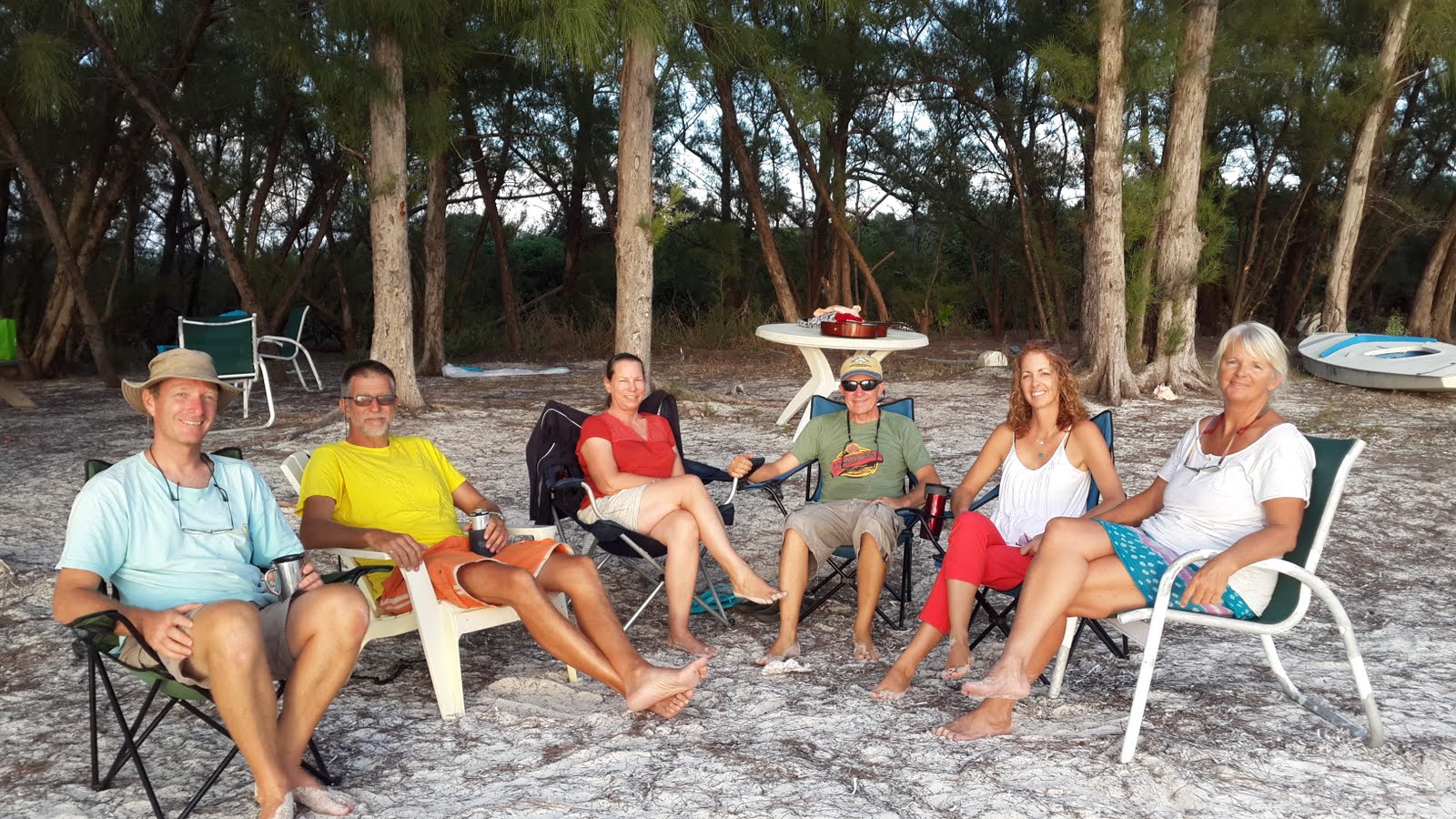 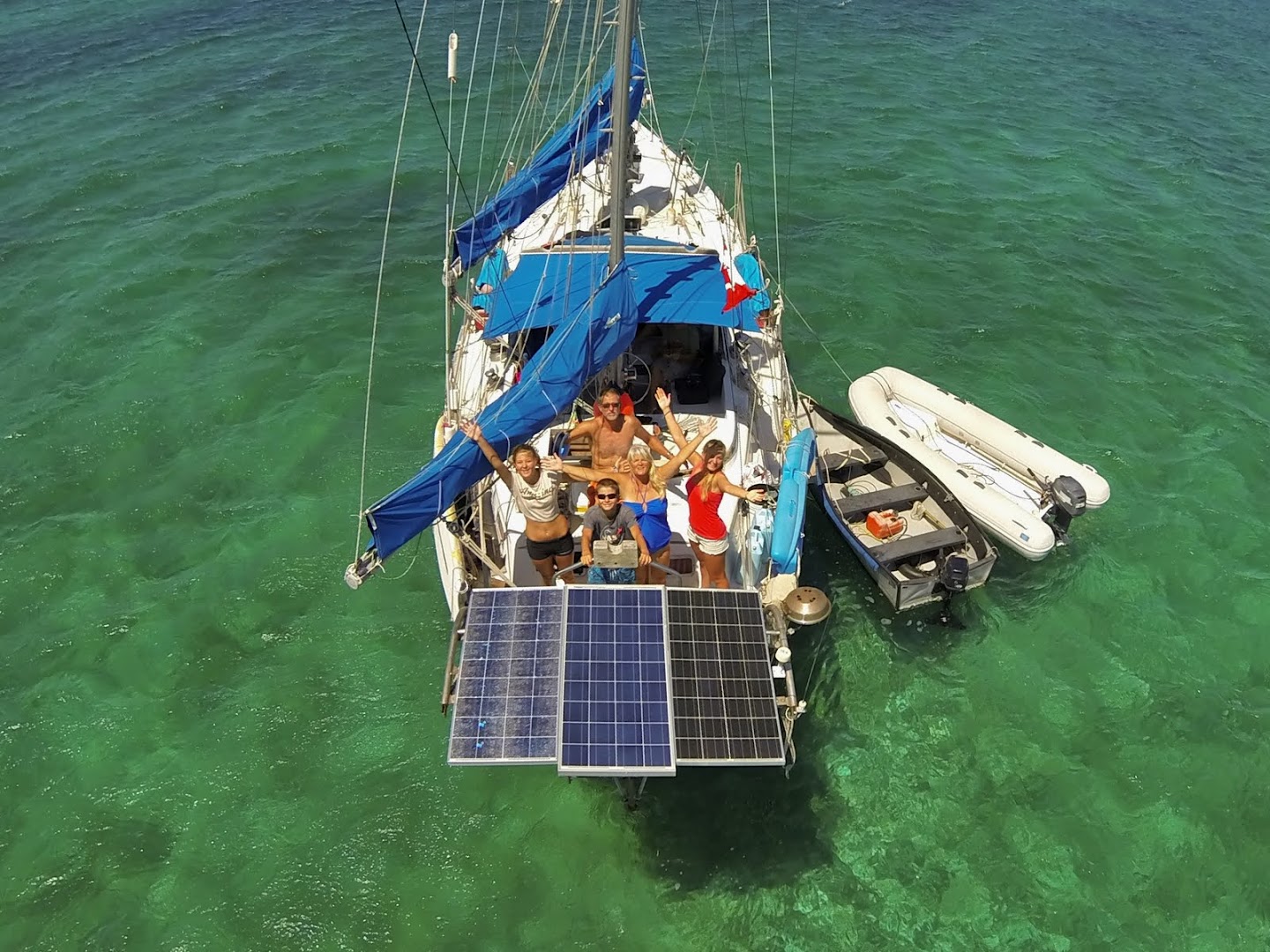 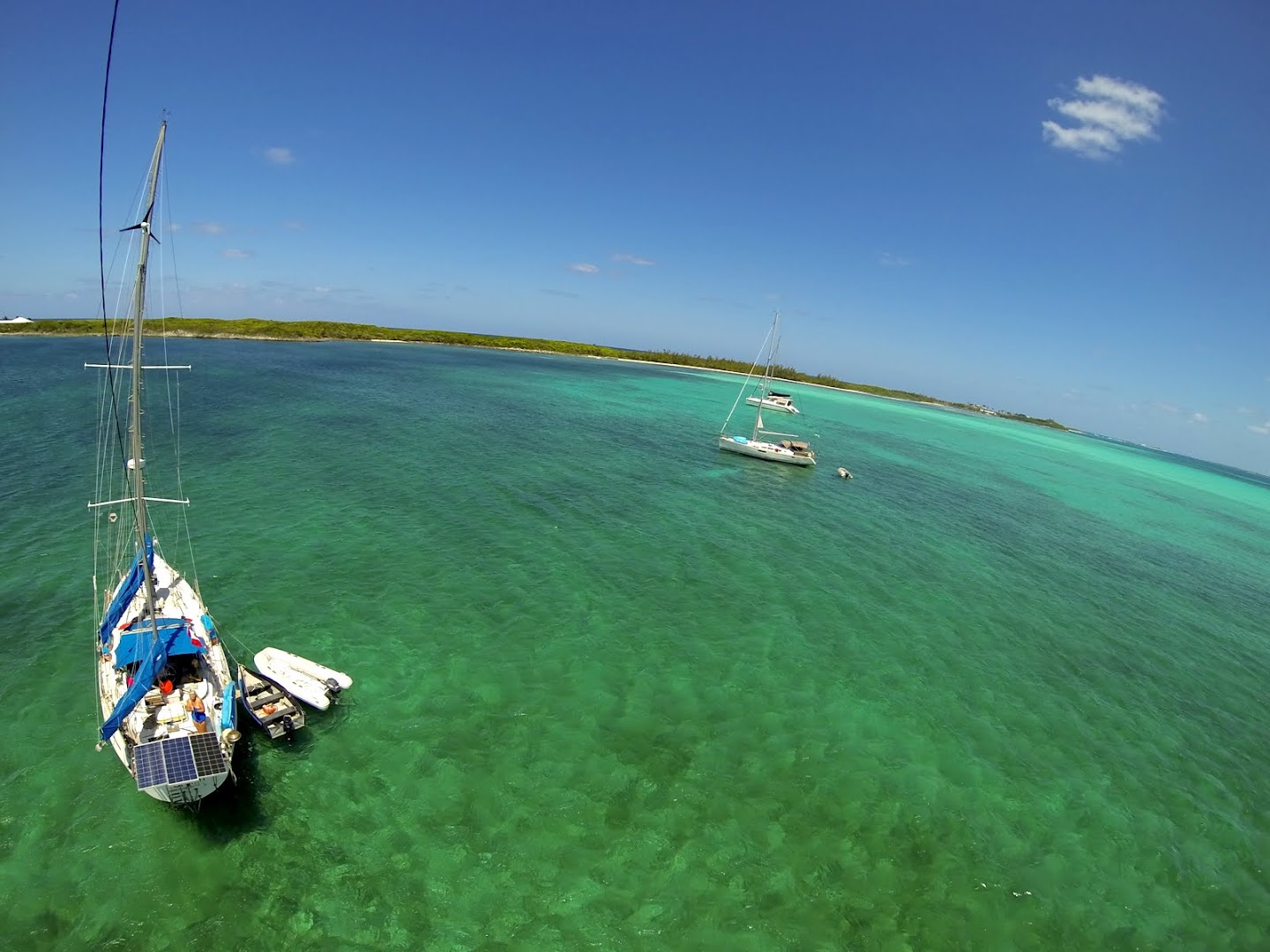 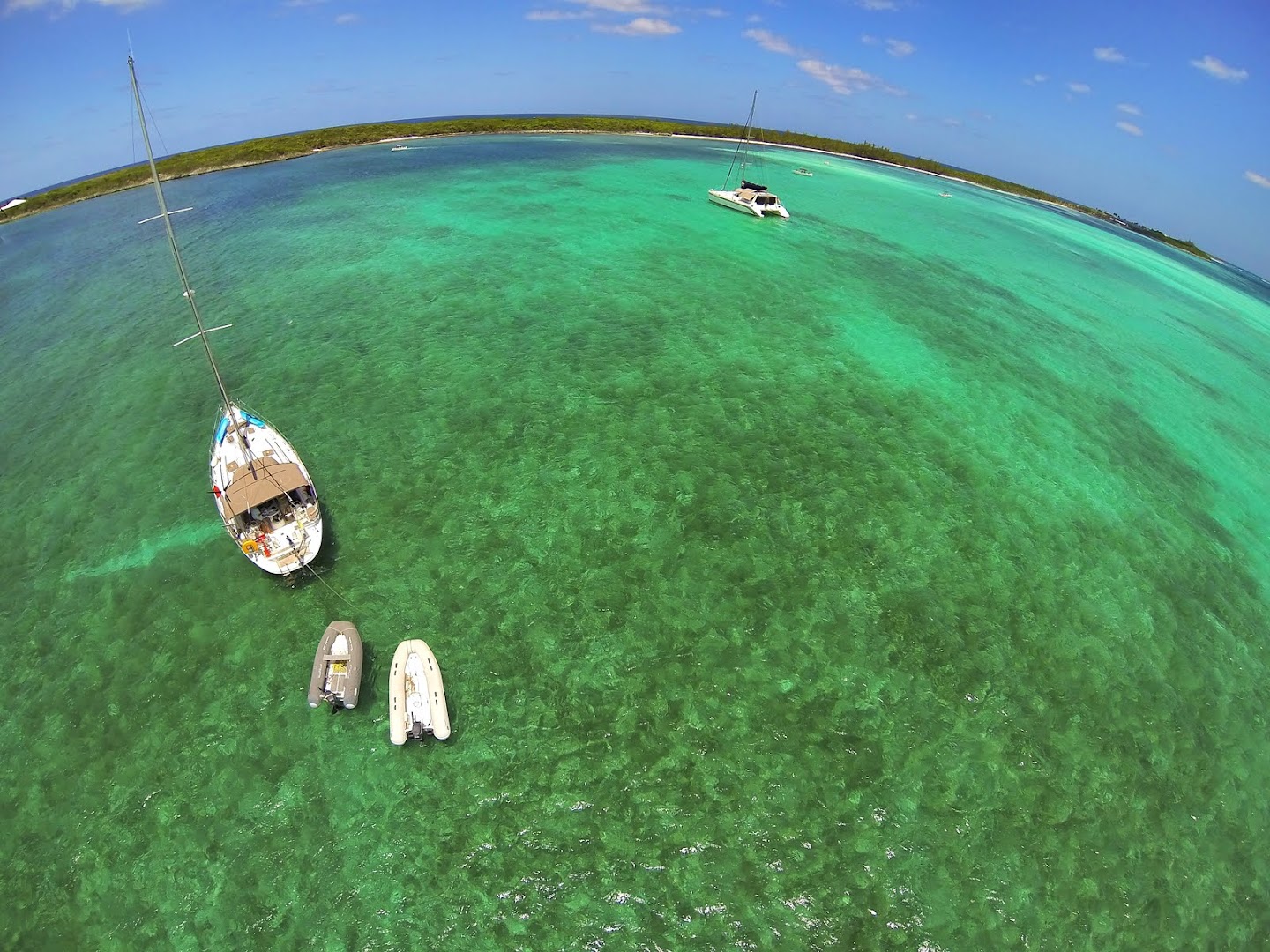 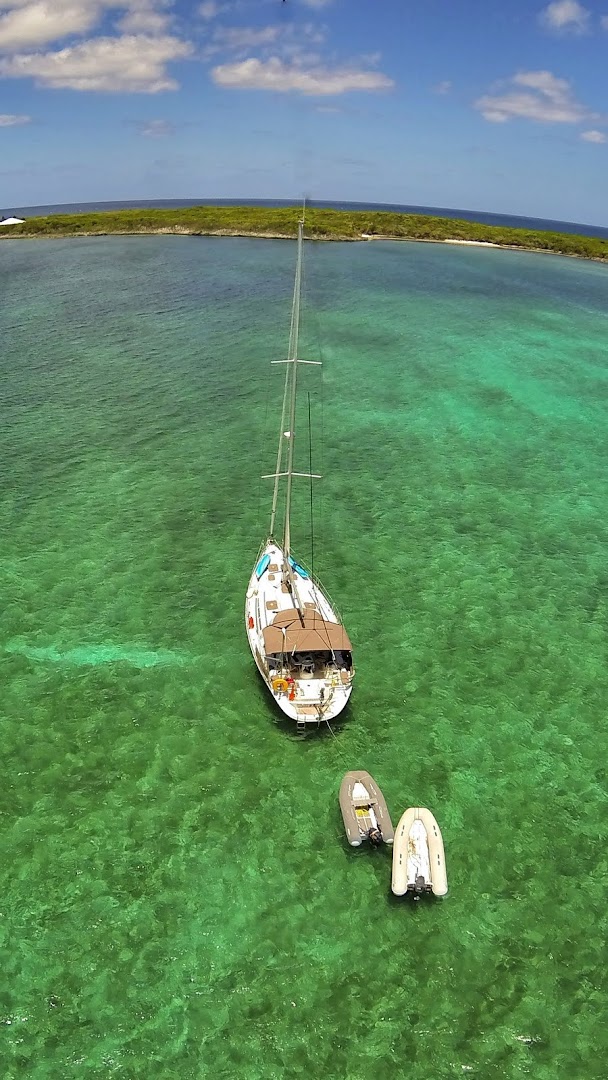 We plan to continue exploring these fantastic cruising waters for another week before we start looking for a weather window to head home.